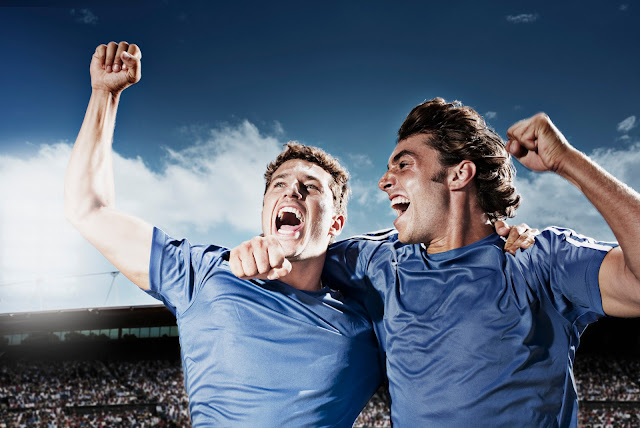 "No great mind has ever existed without a touch of madness." - Aristotle

Consider this. Every successful person was once considered crazy by the world because the people who are crazy enough to think they can change the world are the ones who do. In fact one symptom that you are going to be successful is when people start calling you crazy. Let's look at a few examples to prove the point.
SUCCESS MADNESS
These are just a few examples - history is filled with examples of people who believed in their dreams when none did and were crazy to make them come true. Normal people read history, mad people create one. Normal people dream, mad people believe in their dream and work to make it come true. Normal people give excuses to not succeed, mad people excuse themselves from excuses. Normal people see obstacles to achieve their goal but mad people are so obsessed with their goal that they don't see anything else.
When Srila Prabhupada, the founder acharya of ISKCON desperately wanted to go to the West to start his mission and carry on the orders of his Spiritual Master, he approached Srimati Sumati Muraji, the owner of Scindia Steamship Company to ask for a free passage to America on her ship. On seeing his age, health and lack of resources, she said, "Swamiji, are you mad! How can you go to such a cold country without any contacts. It will be very difficult. Please don't go." Srila Prabhupada convinced her with his confidence in himself and in Lord Krishna and got himself a ticket sponsored. But this conversation was the sign of Srila Prabhupada's near success. When someone calls you mad, be sure you are on the right path. That is the success certificate from the Universe. Only mad people become successful because to become successful one has to think out of the box, one has to stand apart from the world and one has to have the guts to follow one's intuition.

We are all mad but instead of being mad for God, we are mad for illusion (Maya). Spirituality is about channelizing our madness in the right direction. Anyone who has achieved unalloyed devotion to God has shown this kind of transcendental madness. The scriptures from both East and the West are filled with examples of such transcendental madmen like St Francis of Assisi, Tukaram maharaj, Mirabai, Dhruva, Prahlad, Haridas, Ras Khan to name a few. The madness of these personalities is so contagious that reading and meditating on their lives will surely put those who come in touch with them on the path of Divine madness.

One of my favorite story of spiritual madness  is from the life of Raghunath Das Goswami, one of the most prominent disciple of Sri Chaitanya Mahaprabhu and a leader of the Gaudiya Vaishnava line. He was so mad about achieving uninterrupted service to Sri Chaitanya that he tried to flee unlimited times from his house to unite with Lord Chaitanya at Jagannath Puri. Seeing the madness of their child, his mother told his father, "Our son has become mad. Why don't we tie him with ropes so that he doesn't escape?" To this question his father replied, "Raghunatha Das, our son, has opulences like Indra, the heavenly king, and his wife is as beautiful as an angel. Yet all this could not tie down his mind. How then could we keep this boy home by binding him with ropes?" Then he made a very important point for all time to come. This statement is the key to achieve the mercy of God. He said -

“Lord Sri Caitanya Mahaprabhu has fully bestowed His mercy on him. Who can keep home such a madman of Caitanyacandra?” - Chaitanya Charitamrta 3.6.41

This is a fact. One who has become a madman for God, no-one or no-thing can stop such a person from achieving his goal. Such a person becomes unstoppable. This kind of madness is the aspiration for all sincere practitioners of spiritual life. The six Goswamis of Vrindavan, the principal disciples of Lord Chaitanya would wander in Vrindavan in this state of madness chanting very loudly everywhere in Vrindavana, shouting, "Queen of Vrindavana, Radharani!
O Lalita! O son of Nanda Maharaja! Where are you all now? Are you just on the hill of Govardhana, or are you under the trees on the bank of the Yamuna? Where are you?" These were their moods in executing Krishna consciousness.

"When, oh when will I wander here and there in great transcendental madness, weeping under the shade of the trees and creepers along the banks of the celestial Ganges River in Navadvipa crying out "Oh Radhe! Oh Krsna!", and completely forgetting about all the so-called pleasures of this material body."

May we all develop this kind of transcendental madness and be possessed by the maddening planet of Krishna.
Source: https://thewisdompark.blogspot.com/2019/08/madness-key-to-success.html
Tags: the key to success, madness, achyut gopal das, blog, the wisdom park
E-mail me when people leave their comments –
Follow