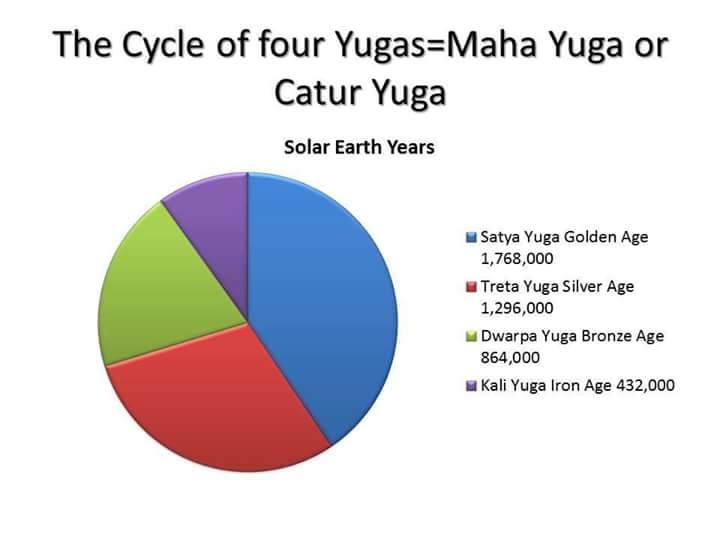 Lord Caitanya and Krishna's appearance is very rare as they comes just ''once'' over that enormous period of time.

Lord Caitanya ''only once'' in every "one thousand" Kali-yuga

At the end of the Dvāpara-yuga of the twenty-eighth divya-yuga, Lord Kṛṣṇa appears on earth with the full paraphernalia of His eternal Vraja-dhāma.

Lord Kṛṣṇa and Lord Caitanya appear once in each day of Brahmā, or once in fourteen manv-antaras, each of seventy-one divya-yugas in duration.

From the beginning of Brahmā’s day of 4,320,000,000 years, six Manus appear and disappear before Lord Kṛṣṇa appears.

Thus 1,975,320,000 years of the day of Brahmā elapse before the appearance of Lord Kṛṣṇa. This is an astronomical calculation according to solar years".

Srila Prabhupāda - "That is twelve hours. And add again twelve hours, night. Then eight billion...? So Kṛṣṇa comes after this period. In one day, after one day of Brahma, He appears".

Srila Prabhupāda - "Yes, following Kṛṣṇa. Kṛṣṇa comes in the Dvāpara-yuga. There are four periods of each yuga: Sattva, Tretā, Dvāpara, Kali. So Kṛṣṇa comes at the end of Dvāpara-yuga, and Caitanya Mahāprabhu comes in the Kali-yuga". (Lecture on SB 6.1.3, Melbourne, May 22, 1975)

How to understand all this -

We have to understand that one full day of Brahma from sunrise to sunset, has 1000 Divya-yuga (Maha-yugas) in it however, the twist is ALL those Maha-yugas occur ONLY the 12 hour day-time hours of Brahma.

Again, there are no Divya-yugas (Maha-yugas) during Brahma's 12 hour night-time.

This is important to understand.

The one thousand Divya-yuga or Maha-yugas happen during the "day-time" and take 4 billion 320 million human years to happen.

Now when the 12 hour night time starts, Brahma sleeps and does not create any Maha-yugas, also when Brahma sleeps during his night time hours, there is a partial annihilation lasting 4 billion 320 million human years, the duration of Brahma's night.

In this way, Lord Krishna and Lord Caitanya Mahaprabhu only come "once" in a full day-night (24 hours) period of Brahma, or "once" every one thousand Maha-yugas. 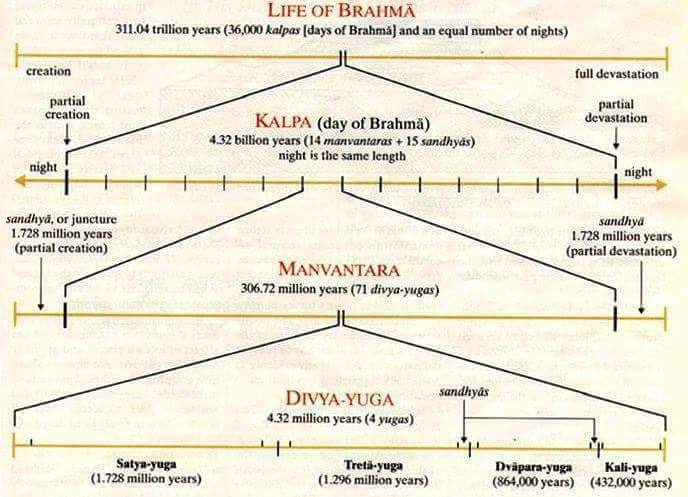