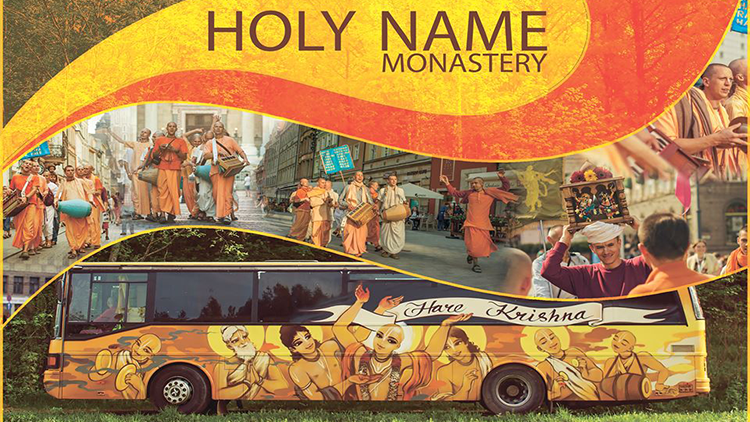 They returned to the monastery late on Sunday (12th of July). During the night at around 1:30 AM on July 14th, one of the brahmacaris heard a cracking sound and went to check it. He saw the temple building on fire. Brahmacaries quickly took the Deities out to safety from the burning building.

However, since the Holy Name Monastery is located in a forest, the fire brigade arrived too late. The temple building was completely burned down.

Fortunately, none of  the brahmacaries got injured and the Deities were saved on time.

Apparently, the cause of the fire was a fracture in the chimney’s hot pipe, from where the heat escaped and set the wooden structure on fire.

Unfortunately, along with the building, all the Deity-decorations, clothes, paraphernalia, the musical instruments, the Deities kitchen, the personal belongings and passports of five brahmacaries were also got lost in the fire.

The brahmacharis would be grateful for any kind of help towards rebuilding the temple, reestablishing the Deities’ service by buying them new belongings and towards the continuation of the Harinama sankirtana service by donating musical instruments.