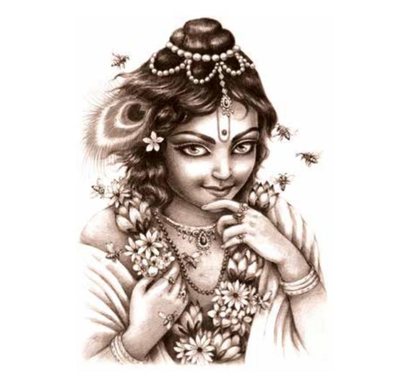 With the number of COVID19 patients on the rise, human society needs an introspection about the what’s going wrong about it. The series of two articles would help analyse the same. This article addresses those citizens who are suffering COVID19 and may seem to not win the battle. Life all of a sudden seems completely different from what it was a month ago for individuals affected by this disease. The thousands of dreams that were being built seem to be shattered. All of a sudden we realize that we may have a few days left. All the positive thinker gurus seem to be silent all of a sudden. We don’t hear anyone suggesting us to look at the bright side of life. The Srimad Bhagavatam calls such motivators as fallible soldiers. Nations don’t build their army by recruiting fallible soldiers. They would definitely pick up the best. Then why should humans go that mistake of placing hope infallible soldiers like family, country, doctors, motivational speakers etc who would eventually frustrate them? Whom should we trust at this critical moment? This question troubled king Parikshit five thousand years ago who had just seven days to live. He consulted the intellectuals of his time. The best intellectual in the assembly was Sukadeva Goswami. He mentioned that one of his predecessors namely Khatvanga had just one movement to live in which he perfected his human life.

Now what does it mean by perfecting human life? What if we get a news today that we are not going to die forever? Will that not be great news? When we move from childhood to boyhood to youth and then to old age, we recognize ourselves as the same person although we change bodies. What is it that remains consistent in all the phases? Bhagavad Gita says that the conscious entity that is the source of consciousness in the body is the soul. That soul never dies but just changes bodies just like we change clothes. Are we sad if we reject is clothes and wear new ones? The movement we understand this particular concept, we are perfect. The Bhagavad Gita promises that such candidates return to the kingdom of Krishna (God) and never return to this miserable world. Just like a person who desires to put down his weight is anxious on account of his wrongly thinking he is this body. The movement he thinks he is soul, he is anxiety-free. Sukadeva Goswami explains it as:
“apranasya dehasya mandanam loka Ranjanam” meaning decoration of a dead body.

This strong sense of identification with the body creates misery. Unless we take this message from the Bhagavad Gita given by Supreme Lord Krishna Himself, there is no question of happiness. It would be like a deer in a desert who considers reflection to be water and keeps roaming around in search of water and eventually dies.
The manufacturer of this product namely the material world has Himself advocated that this world is a place of misery (dukhalayam asasvatam as mentioned in Bhagavad Gita 8.15). If we are searching for happiness in this world it would be like fish out of water trying to find happiness in gadgets or buildings and so on. We forget that all these are fallible soldiers. Krishna promises in the Bhagavad Gita that those who understand this real identity of themselves and the Supreme Lord will not take birth here again but go to the kingdom of God. There we don’t have repeated birth, death, suffering etc. Would we not want to go there? Do we need another birth where we would live out of fear of corona? By remembering about the transcendental nature of Krishna and His wonderful activities we would no more have repeated birth and death but would go to His kingdom. This is confirmed in the Bhagavad Gita 4.9:

That’s the secret of surviving eternally. All other means of trying to live eternally would eventually fail. Better reject false soldiers and take shelter of the Supreme Lord Krishna at the time of death. The book “Krishna, the Supreme Personality of Godhead” by A C Bhaktivedanta Swami Prabhupada” speaks in detail about Krishna and provides a good opportunity to absorb our mind and intelligence in the nature and activities of God. This is the most profitable business we can think of at the final movements as confirmed by Sukadeva Goswami.
“janma-lābhaḥ paraḥ puḿsām
ante nārāyaṇa-smṛtiḥ”
The real profit to be derived from the human life is remembrance of the Supreme Lord at the time of death. Why is it so? Because this is the only business that operates on the inter-lifetime currency. Profits gained from any other business are temporary and finished at the time of death. Better invest in a business that gives us rewards beyond death also. That is real perfection of human life. In this dark age where religion is on a decline, congregational chanting of the holy names of Krishna will make our job easy and efficient. The mantra
“Hare Krishna Hare Krishna Krishna Krishna Hare Hare
Hare Rama Hare Rama Rama Rama Hare Hare”
is an easy way to purify our consciousness and get ready to remember Krishna at the final movement. This will help overcome the fear of death.