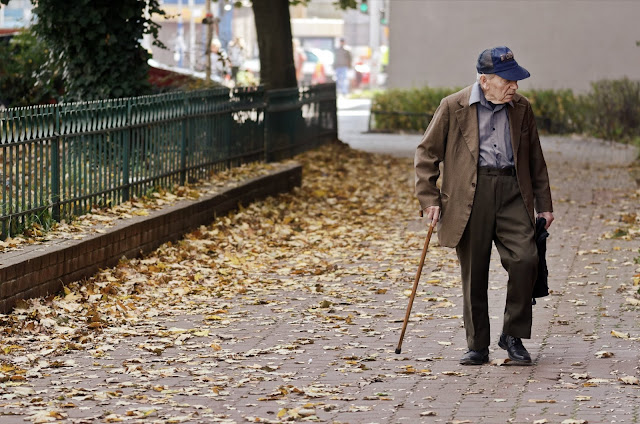 Life's Tragedy is that we get old too soon and wise too late." - Benjamin Franklin

As I carefully see the mirror and observe my face, I notice a few strands of white hair in my chin area. Time has passing is a known fact but never expected it to pass so soon. It appears that I recently passed out of college and entered my youth but I now realize that I am almost 36 years old and a grown up adult, at least physiologically. I also realize that there is a long way to go till I become a psychological adult and grow up from my childhood immaturity and foolishness. But year by year, I am slowly growing a little wiser, more mature and more humbler. Life is doing it's part well and I am trying to be a submissive student learning all the tough lessons life throws at me.

SIGNALS FROM GOD
This recent Karthik Yatra to Vrindavan was another revelation in the passing of time. I got to see some of my old devotee friends from different parts of India after many years. I could see the phenomenon of time, catching up with them too. Many of them have joined "the white hair" club too. How true is the saying - "time and tide wait for none"! I thought I would be an exception to the passing of time (as everyone wishes) but there are no exceptions to the laws of God. Everyone must get old and eventually die to make space for future generations.
Signs like the greying of hair are signs from God that our time on this planet in this human body is running out. These signs are like alarm bells that go on after every hour in the examination hall to remind the student to be more focused in answering the exam well and not be spaced out. But, we conveniently and lazily keep pressing the snooze button to these warning signs hoping that one day these alarms will stop disturbing our plans for enjoyment. But how much ever we hope against hope, the reality is not going to leave, it is here to stay. Rather, we are the ones who will have to leave.

HOUSE ON FIRE
Our condition is like a person who is cozily sleeping in his cozy bed when the entire house in which he is sleeping is on fire. So, deep is our slumber of ignorance that even when devotees who are like firemen come to rescue us away by waking us from our slumber, we consider them to be a nuisance and a disturbance, disturbing us from our dreamy reality. It's time to realize that the reality we assume and hope to be the reality is not the true reality. True reality is revealed in the scriptures. The scriptures explain that this world is already on fire (samsara dava nalalidha loka). There is no time to waste. When this "house" of our's will come collapsing, there is no guarantee (nisvashe nahi visvasah). It's time to run and take heed the advice of saintly devotees like Vidura.

Vidura was so pained to see the pitiable condition of his old but adamantly attached elder brother, Dritharashtra that he returned from his pilgrimage just to speak seemingly harsh but actually compassionate words of wisdom to him to make him quit his "so called" fallible home of comforts to take the life of austerity and discomfort in order to attain a permanent place in the permanent, spiritual world free from the encumbrances and miseries. Srila Prabhupada, writes in one of his purports in this chapter of Srimad-bhagvatam that in those days there was one Dritharashtra but nowadays, there is a "Dritharashtra" sitting in every house. Thus, it is such a need to take shelter of the saintly Vidura's who kindly traverse this world and follow in their footsteps by liberating the "Dritharashtra" mindset within everyone's mind.

PEARLS OF WISDOM
Towards the end of this blog, I would like to quote two beautiful and apt verses from our scriptures. The first verse is from Srimad-bhagvatam 11.9.25 wherein a self-realized Avadhut Brahmana tells King Yadu about what he learns from his body. (I am including the translation and purport to this verse)

"The material body is also my spiritual master because it teaches me detachment. Being subject to creation and destruction, it always comes to a painful end. Thus, although using my body to acquire knowledge, I always remember that it will ultimately be consumed by others, and remaining detached, I move about this world."

(PURPORT)
"The words yathā tathāpi are significant in this verse. Although the body bestows great benefit by enabling one to learn about this world, one should always remember its unhappy, inevitable future. If cremated, the body is burned to ashes by fire; if lost in a lonely place, it is consumed by jackals and vultures; and if buried in a luxurious coffin, it decomposes and is consumed by insignificant insects and worms. Thus it is described as pārakyam, “ultimately to be consumed by others.” One should, however, carefully maintain bodily health to execute Kṛṣṇa consciousness, but without undue affection or attachment. By studying the body’s birth and death, one can acquire virakti-viveka, the intelligence to detach oneself from useless things."
And the last verse for this article is a classic verse, loved by all devotees from the Mukunda Mala Stotra of King Kulashekar explaining the only solution to the inevitable failing body problem.

"This body's beauty is fleeting, and at last the body must succumb to death after its hundreds of joints have stiffened with old age. So why, bewildered fool, are you asking for medication? Just take the elixir of Krishna's Holynames, the one cure that never fails."
Source: https://thewisdompark.blogspot.com/2019/11/let-failing-body-not-fail-you.html
Tags: blogs, the wisdom park, achyut gopal das
E-mail me when people leave their comments –
Follow