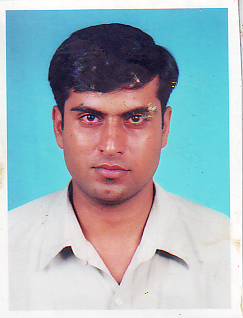 This is a true story of a young devotee named Yash Prabhu who happens to be from SRI SRI JAGNNATH
TEMPLE, LUDHIANA run by International Society for Krishna Consciousness
(ISKCON) and left his body in perfect Krishna Consciousness way.
When Yash prabhu born his mother saw as if Yash prabhu chant the Holy Name on his finger
tips as if he is chanting on beads.
When his horoscope was made, pandit predicted that the child will become a great man and his name
must be sound as “yea” and thus he was called Yash.
When Yash Prabhu born the doctor attended to him said that Yash prabhu has very big head and he
will be very wise man. He used to be topper in his class and awarded
scholarship in 10th class. Later he took admission in B.Com degree
course and started gave tuition to his class mates. He also qualified the
competitive examination of C.S. (Company Secretary).
Then he started job which continued for four or five years. Later suddenly his attention was
diverted toward Lord Krishna. He came in contact with Rajsurya das prabhu who
is Temple President at ISKCON, Ludhiana and said that he he now he don’t
have any interest in this materialistic world. and wanted to left this world
and surrender to Krishna’s lotus feet. Now whatever Rajsurya prabhu explain his
in discourses he listens very attentively. Now Yash prabhu kept in his mind
that Rajsurya das prabhu is his siksha
guru .Since that day he started chanting Hare Krishna Maha-Mantra day and
night.
Yash prabhu now admits that Hare krsna Maha-Mantra is now his father, mother, brother and sister.
That’s why he broke all relation with his entire family. Even though he de-activated
his mobile phone connections and put on hold his landline phone so that all
relation of this materialistic world should be break up. If someone in relation
came home Yash prabhu he always advice them to start Hare Krsna Maha-Mantra
japa and left all type of gossips.
He was so absorbed in jaap without switching on fan he chant so many hours even in very hot
weather. He now get control over his sense so much that without eating and
drinking he continue to chant.Sometimes he said that only Maha-Mantra chanting
is the food for his soul and he give
only priority to japa.
When there were financial crises on his family, his parents asked him to do work to earn money to
feed the family. In reply he said only my goal is only chant of His holy name
or nothing else. He chant unlimited round of beads and also don’t put counter
with his chanting bag.

He keep Srimad Bhagwat gita and other spiritual books so nicely as if a child keeps his study books.

With the permission of HG Rajsurya das he sometime continues to chant in temple whole night On some
occasion Srila Prabhupad,HG Rajsurya das and Yash prabhu chant collectively.
His chanting of holy name is so pure that every word of Maha-Mantra was
clearly vibrated.
Yash prabhu surrendered to His lotus feet. Don’t care even about his growing beard or hair on his head
and don’t waste a moment in these things so that every moment must be utilized
in chanting of Maha-Mantra. His soul was totally surrendered to His lotus feet.
He got so much faith in Lord that whenever he become sick, he preferred not to take any medicine and he
said it happened because of His wish.
Now yash prabhu start feeling the taste of hari naam and else was all useless for him. Tongue is the
most powerful sense of body and he want to use it by chanting Maha-Mantra. So
now he stopped talking with anybody.
As Ekadasi fasting was most dear to Lord Krishna and is only way to reach Golok Dham, like that way
Yash Prabhu follow this path and keep every fasting as Nirjala(without drinking
water).
Where people in this materialistic world prefer to enjoy help of materialistic tools but yash prabhu
in his age of only 35 preferred to send his soul in Golok dham and free from
death and birth. In the month of November and December when the weather remain
very cold he get up in the morning at 2 and took his bath and reach temple to
attend Mangla aarti or chant at home only.
Whatever yash prabhu do that is sure from his true hearted. What so he do he try to make everybody
Krishna conscious.He even advised to his parents to leave everything and chant Maha-Mantra.Lord
will himself protect and feed you. Once upon a time a rat came before him and
yash prabhu told his mother that this rat also came to listen Maha-Mantra and
he will be also Krishna conscious.
On 17th of April 2010 Yash prabhu got sick but continued to chant. He doesn’t even let his
family know about his sickness. In last moment he continue to advise his family
to chant Hare Krishna Maha-Mantra. After taking his soft dinner he went to
kitchen to keep his utensils. That was the time Yash prabhu pay obiences and
dandvat pranaam to Lord Krishna and left this body and reached Vakuntha Dham.
In this way in five years only Yash prabhu achieved his goal and reached Golok
dham.
For any information please contact: HG Rajasuya dasa,Temple President ISKCON, Ludhiana.
India. Or call +91-93169-70600
E-mail me when people leave their comments –
Follow