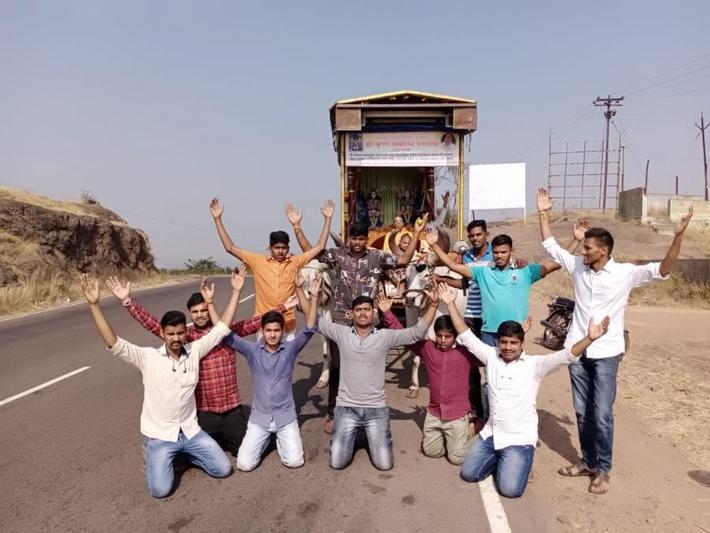 While chanting in the temple in Vrindavan during Kartik I overheard some boys talking in Marathi. I approached them and asked where they were from in Maharashtra. Their village was Khutalwadi in Kolhapur district, the place of the Mahalakshmi temple, an ancient pilgrimage site in Kolhapur city. By the Lord’s arrangement our Maharashtra Padayatra was about to go to Kolhapur in the coming days, so I took their addresses and contact numbers. They said, “Please come to our village when your padayatra is in the area.”

By the end of December, padayatra was in Kolhapur district. As we neared Khutalwadi I was in contact with the boys and again they insisted we come to their village. Upon our arrival, to our surprise the streets were sprinkled with water and decorated with rangoli. The boys welcomed us with garlands and had spread news of our forthcoming visit to nearby villages by circulating videos via social media. The boys were totally with us during sankirtan, and with the villagers also joining in it was as the whole locale was busy with the padayatra festival.

Fifty boys attended mangala arati the next day. They took chanting beads and also sankalpa of chanting. This was the first time padayatra had come to Khutalwadi and the boys made all arrangements for our accommodation and prasadam, thus coordinating the entire village program. They even walked with us to the next village. These youths were all educated and from good families and it was encouraging to see the younger generation getting involved.