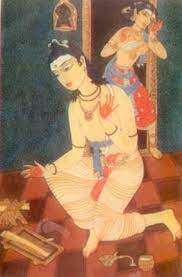 Shri Jayadeva Goswami appeared in either the eleventh or twelfth century of the Shaka era. There is a difference of opinion about his place of birth. The majority opinion holds that he was from the village of Kendubilva, presently in the district of Birbhum. Others claim that he was born in either Orissa or South India.

Kendubilva is situated about twenty miles south of Siuri on the banks of the Ajaya River. In the Gaudiya Vaishnava Abhidhana, it is stated that Jayadeva found his Radha Madhava Deities in this river’s waters. It is also stated there that he used to rest and worship at the temple of Shiva known as Kusheshwar, which is also on the banks of the Ajaya River. Jayadeva’s father was named Bhojadeva and his mother, Vama Devi.

Shrila Bhaktivinoda Thakur writes in his Navadvipa-dhama-mahatmya that Lakshman Sen was delighted when he heard Jayadeva’s hymn to the ten incarnations, the Dasavatara-stotra. When Govardhan Acharya notified the king that it was Jayadeva who had composed the hymn, he became desirous to meet the poet.

He went incognito to Jayadeva’s house and when he saw him, he noticed that Jayadeva possessed all the characteristics of a great and powerful spiritual personality. Deeply impressed and attracted to Jayadeva, the king revealed his identity to him and invited him to come and live in the royal palace. Jayadeva was leading a very renounced life and was therefore unwilling to live in the opulent environment of the palace. He told the king that he preferred to live in Jagannath Puri.

Lakshman Sen was disappointed by Jayadeva’s intentions. He quickly suggested that he take up residence in the village of Champa Hati, saying that it was a place suitable for a person who wished to lead a meditative life. He also promised him that he would never come to disturb him again.

When Jayadeva agreed, Lakshman Sen had a cottage built for him in the village that was formerly known as Champaka-hatta, named after the beautiful garden of champa trees and the village market where Mahaprabhu’s associate Dvija Baninath received a vision of Him in the Satya Yuga, seeing Him in the form of a Brahmin whose skin was the color of champa flower.

Similarly, Jayadeva had a vision here, first of Radha-Madhava, then of Their combined form as the golden champa-colored Gauranga Mahaprabhu.

After the Lord gave Jayadeva this vision, He told him to go to Jagannath Puri. Although Jayadeva was sad to leave the future abode of his Lord, he obeyed the Lord’s command and made his way to Puri, where it is said that he was engaged as the king of Orissa’s court poet.

He spent the remainder of his life in the abode of Lord Jagannath, where he wrote the transcendental poem based on the sentiment of love in separation known as Gita-govinda or Astapadi. Indeed, Mahaprabhu told Jayadeva while giving him the vision of Navadwip that after appearing there, He would take sannyas and go to Jagannath Puri where He would relish the Gita-Govinda.

According to legend, Jagannath Himself ordered Jayadeva to marry his wife, Padmavati. The story is told in the Visvakosa as follows: there once was a Brahmin who was without offspring despite having worshiped Jagannath for many years in the hope of having a son. Finally, he and his wife had a daughter and they named her Padmavati.

When she came of marriageable age, the Brahmin brought her to Lord Jagannath to offer her to his lotus feet. When He saw them, Jagannath said to the Brahmin, “I have a servant whose name is Jayadeva. He has given up family life and has dedicated himself to chanting My names. Give your daughter to him in marriage.”

The Brahmin took his daughter to Jayadeva and asked him to marry his daughter. However, since Jayadeva had no desire to get married, he refused to agree to any such arrangement. The Brahmin then told him that it was Jagannath Himself who had arranged this marriage; and without another word, he left, leaving his daughter behind. Jayadeva found himself totally unprepared for this situation and told the girl, “Tell me where you want to go and I will take you and leave you there. You cannot stay here.”

Padmavati started to cry and said, “My father brought me here to marry you on Jagannath Deva’s order. You are my husband, my all in all. If you do not accept me, then I will fall down at your feet and die right here. You are my only hope, my Lord.” The poet and scholar Jayadev could not abandon her after such a heartfelt plea. So he became a householder.

[Later], Jayadeva took his Deities Radha and Madhava with him, and set off on a long journey. Once in Vrindavan, he began to serve his Deities in an area near Keshi Ghat. When the residents of the Dham heard Jayadeva sing the Gita-Govinda in his sweet voice, they were entranced. One merchant built a large temple for the Deities on that site.

It is said that Jayadeva returned to his birthplace in Kendubilva after living in Vrindavan for many years. He spent the rest of his life there, worshipping his Deities and performing his bhajan. He would make the long walk to the Ganges every day to take his bath there. One day, for some reason or another, he was unable to make it. Ganga Devi was so kind to him that she came personally to the village of Kendubilva so that he would bathe in her holy waters. It is said that Jayadeva died in Kendubilva and every year on the first day of the month a Magh, a large festival, is held there in his memory.

There is, however, a difference of opinion about where Jayadeva finished his life. Though some say he returned to Kendubilva, others claim it was Puri, and still others say that he went to Vrindavan. Shrila Bhaktisiddhanta Saraswati Goswami Thakur has stated his opinion that Jayadeva left this world from Jagannath Puri.

Though some people say that Jayadeva returned to Kendubilva to spend his last days, there is no indication anywhere that he brought his Radha-Madhava Deities with him. In fact, these Deities were taken by the king of Jaipur to a place named Ghati sometime after Jayadeva’s passing away and they are still being served in the Jaipur area. 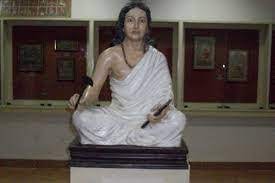