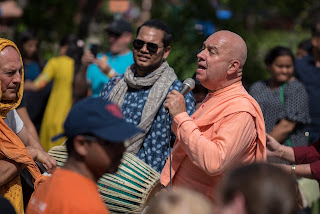 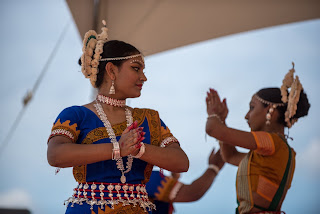 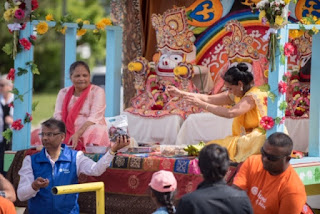 In Thunder Bay, the day usually starts with the sound of a seagull flitting by one's bedroom.  It's the big lake nearby, Lake Superior, which attracts these entertaining birds who are aerobatic by nature.  I imagine the fish from the fresh water keeps them in the area.
Ananda, Gaura and I left our apartment, a condominium within the re-defined space of an old school, The Queen Elizabeth.  With a solid foundation, strong walls and high ceilings, our group of six men felt safe, had good rest, and then made our way to the lakefront, the site of the Festival of India where music, dance and drama was to unfold on the stage.
There we could see a fantastic couple, Prema and Suniti, a husband and wife team, had assembled another festival, its 10th running.  Once the show began, the dignitaries offered some words of appreciation for hosting the event each year.  Mayor Bill Mauro spoke, plus a representative of the police, Constable Ron Miller, and the Honourable Member of Parliament, Patty Hajdu.
We had a longer conversation with Officer Justin and four civilian—well, when the stage events came to a halt, as in, all over, we got to chat with the most lively dancers, Heidi, Kitty and Blake, all from the free spirit culture.  Most notable and most enthusiastic at dance was Darrel, who's from Winnipeg.  He's interesting, having started a walk from his home city, making his stop in Thunder Bay, and making his destiny—Nova Scotia.  To me, he's a hero.
Gaura really rocked the stage with kirtan, mantras and finishing with George Harrison's, "My Sweet Lord." 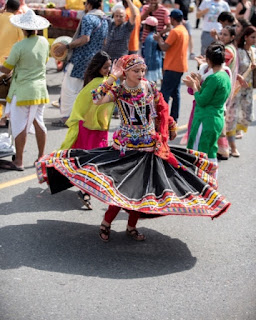 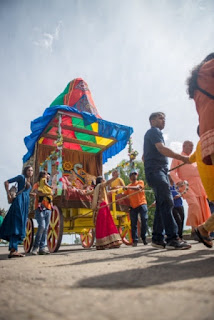 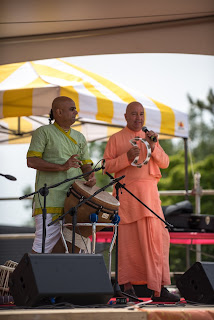 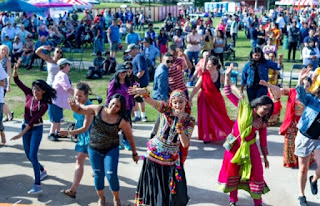