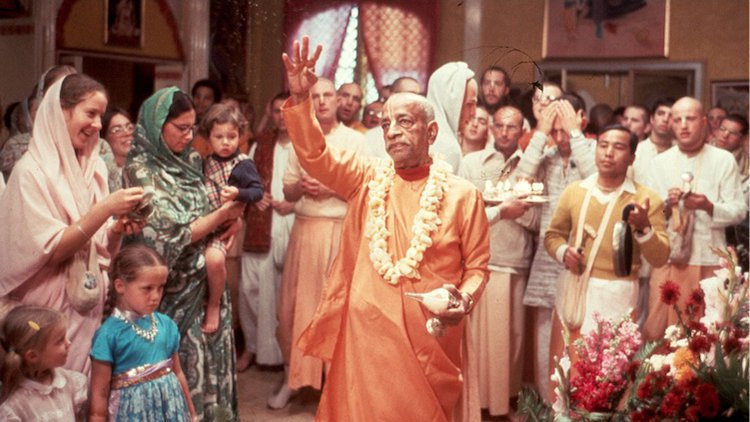 ISKCON’s Governing Body Commission (GBC) recently ended a lengthy, detailed consideration of the Vaishnavi diksa guru question that has been under consideration since 2003. The Vaishnavi Ministry welcomes the new resolution, which upholds important spiritual principles and Gaudiya Vaishnava tradition while accommodating concerns about local communities having different cultural standards.  The resolution permits Vaishnavis to initiate disciples while allowing regional leaders to refrain from recommending devotees to such gurus.

The question of whether Vaishnavis should be allowed to initiate disciples has long divided our community.  Despite years of debate, neither supporters nor opponents of Vaishnavi diksa gurus have shown much inclination to change their views. Some have feared that this issue might permanently divide ISKCON as each side believes the question goes to the spiritual foundations of our faith.  However, the principle of unity in diversity allows us to reach compromise even on deeply help spiritual beliefs.

In adopting a policy that allows for Vaishnavis to initiate, the GBC relied on Gaudiya Vaishnava tradition, which includes multiple examples of Vaishnavi diksa gurus, including Jahnava Thakurani and Gangamata Goswamini.[1]  The GBC also gave weight to Srila Prabhupada’s own statements, including a 1969 letter in which he said:

"I want that all of my spiritual sons and daughters will inherit this title of Bhaktivedanta, so that the family transcendental diploma will continue through the generations. Those possessing the title of Bhaktivedanta will be allowed to initiate disciples. Maybe by 1975, all of my disciples will be allowed to initiate and increase the numbers of the generations.” (Letter to Hamsaduta on January 3, 1969).

Opponents of Vaishnavi diksa gurus have condemned this resolution, advocating for its repeal.  Opposition to the resolution highlights a deep cultural divide between devotees from different parts of the world.  ISKCON leaders in India, for example, have long imposed gender differences based on their understanding of appropriate gender roles.  While Srila Prabhupada appointed female disciples as pujaris, going so far as to have them perform pujas in India and elsewhere and train male devotees in deity worship, ISKCON’s Indian leaders have largely prohibited Vaishnavis from acting as pujaris in India.

“To broadcast the cult of Kṛṣṇa consciousness, one has to learn the possibility of renunciation in terms of country, time and candidate. A candidate for Kṛṣṇa consciousness in the Western countries should be taught about the renunciation of material existence, but one would teach candidates from a country like India in a different way. The teacher (ācārya) has to consider time, candidate and country. He must avoid the principle of niyamāgraha —that is, he should not try to perform the impossible. What is possible in one country may not be possible in another. The ācārya’s duty is to accept the essence of devotional service. There may be a little change here and there as far as yukta-vairāgya (proper renunciation) is concerned. Dry renunciation is forbidden by Śrī Caitanya Mahāprabhu, and we have also learned this from our spiritual master, His Divine Grace Bhaktisiddhānta Sarasvatī Ṭhākura Gosvāmī Mahārāja. The essence of devotional service must be taken into consideration, and not the outward paraphernalia.…A Vaiṣṇava is immediately purified, provided he follows the rules and regulations of his bona fide spiritual master. It is not necessary that the rules and regulations followed in India be exactly the same as those in Europe, America and other Western countries. Simply imitating without effect is called niyamāgraha.” (Chaitanya Caritamrita Madhya Lila 23.105 purport).

ISKCON is an international organization facing cultural variations in different regions of the world. If we are going to be an effective, unified society we have to be sensitive to cultural variations.  It would be tragic if ISKCON is reduced to an ethnic Indian religion in western countries.  And, while there is no philosophical bar to having Vaishnavis give initiation, some communities may not be ready to accommodate this practice.

Ultimately, however, the GBC has accepted both Gaudiya Vaishnava tradition and Srila Prabhupada’s explicitly expressed desires in endorsing Vaishnavi diksa gurus.  Those who insist that their cultural values be imposed upon the entire ISKCON society should reconsider in light of Gaudiya Vaishnava history and Srila Prabhupada’s desire. Therefore, the VM strongly supports the GBC decision and calls upon the GBC to reject any calls for the resolution on Vaishnavi diksa gurus to be rescinded or minimized.

[1] Gangamata Goswamini gave diksa to the King of Puri. The two daughters of Srivas Acharya also gave diksa.  Moreover, other Vaishnava groups, such as Sri Haridas Niwas, include many Vaishnavis in their parampara line of diksa gurus.  The actions of other groups are not dispositive, but do reveal that Vaishnavis have given diksa in our tradition.