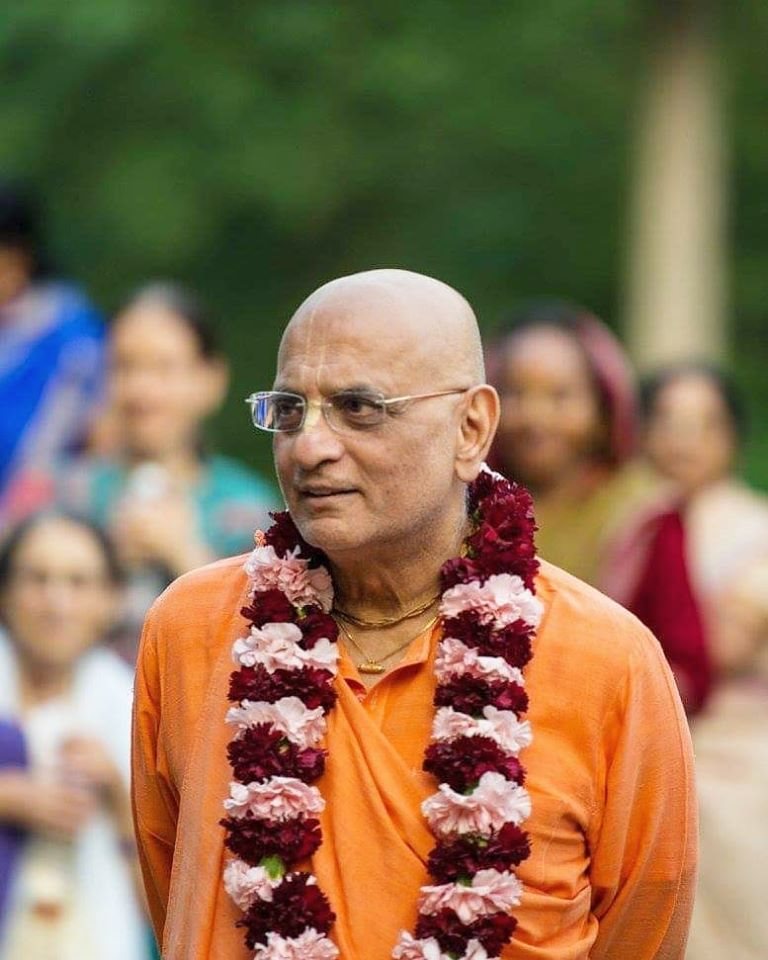 It has come as a shock for worldwide devotees, disciples and well-wishers of HH Bhakti Charu swami to receive the update from HH Bhakti Charu Swami health care team (29 June – 10 AM US EDT) that Maharaj has become critically unwell. He has suffered a heart attack in the last few hours and this is affecting all his organs and bodily functions. At this time the doctors are working full time to stabilize Maharaj.The coming hours are the most critical Maharaj has been and we will be giving updates as soon as we can. At this time we are asking for full attention, prayers and focus on the wellbeing of HH Bhakti Charu Swami.

Following this update, a massive Japa wave & Narasimha Prayers has been going on everywhere and HH Jayapataka Swami called for an online Marathon Japathon at 9:15 pm IST and he addressed as follows:

“We all know how dear His Holiness Bhakti Caru Swami is, to Srila Prabhupada, and all his followers. And how he is so dear to all the devotees of ISKCON. So it seemed that he was improving a lot, but he had a mild heart attack and that has complicated issues a lot. So that is why we are having a prayer marathon. Because, if the Lord wishes, we hope we can have Bhakti Caru Swami back. So, I sent him a message that he ordered me to stay, (HG Mahavaraha prabhu: this happened when Jayapataka Swami maharaj had a stroke, HH Bhakti Caru Swami visited him in the hospital, and he requested him to stay), and now I requested him to also stay. Right now we can pray to Sri Sri Radha Madhava, Sri Panca Tattva, Sri Prahlada Nrsimhadeva, Sri Jagannath Baladeva Subadra Sudarshana cakra, because They are our only hope.”

The ongoing kirtans, Japas and Yagnas are of great benefit and solace to all the devotees and the world in general.

Maharaj remains in the most critical position and remains on the ventilator with increasing oxygen requirements. He has now developed further complications with his kidneys and they may require support. His heart is requiring some supportive medications.

We remain hopeful that things will improve but the next 12 hours are dangerous.