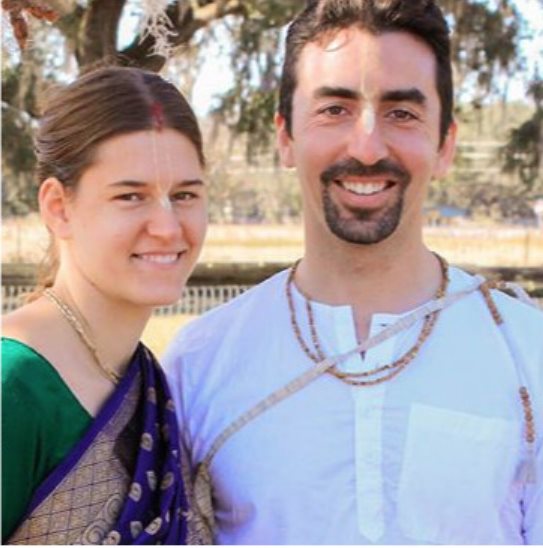 Is there an evidence that the Holy Name is still powerful nowadays, in 2019?
Being the doubtful person that I am, Krishna removed all doubts from my mind in the last few weeks.

In 2018 we purchased a house for helping devotees with accommodation alongside facilitating a Krishna Conscious Airbnb, that house is also called Yashoda House Detroit.
When we got the house in 2018, it seemed like it’s just going to be another material struggle.
But this year, a miracle has happened that proved that the struggle was very worthy.

Earlier this year, three devotees moved in to the house. One of them, Giraldo, to whom I suggested moving to Detroit from Miami where he was struggling paying the rent, is now dedicated to serving the Detroit temple and we are accommodating him totally free of charge for many months now. All along, our mission in Yashoda House is to “be a giver” to the spiritual seekers and be the servants of the servants.

One day, our Harinam Sankirtan leader, Gaura-Sundar (Frantz), and the other two devotees were out for Harinam in downtown Detroit.
During the Harinam, a 19-year-old homeless boy joined the chanting and dancing.
It was no other than Martel, a boy who used to always join the devotees when they were out on the streets from the time since he was 14 years old.
Our Sankirtan leader, Gaura-Sundar, was very kind to him and since we had the facility at the Yashoda House, he invited him to move in with the devotees.
Later, I came to know about it, and although I didn’t know Martel, I was happy to know that the house is put into good use, for training new devotees. I suggested that during the winter, since Detroit is very cold, they should come to Miami to do some Harinam Sankirtan in Coconut Grove, where I live.
About a month ago, when winter came about Detroit, I had the fortune to meet Martel and host him at my house in Miami. A couple of weeks later we introduced him to the Krishna House in Gainesville, Florida, where he lives now with the best association of devotees. There, he can do service and he is fully taken care of with plenty of Prasadam and a nice training program.
Krishna House is the kindest place. They really melted my heart when they accepted him.

Now I will tell you what is so special about the story of Martel.
I don’t know if Martel was adopted or not, but it seems that Martel had a rough life growing up in the streets of Detroit. He is a big man by size, like a football player, but his behavior and his mind are still like a child. One may call him autistic and it is hard to imagine that such a person had to survive on his own. Back when the devotees have met him, he had been living on the streets.
Martel had no qualifications for success. No money, no background and no education. He was almost illiterate. But there were two amazing things that changed the destiny of this homeless boy.
1. He took shelter with the devotees.
2. He happily chanted the Holy Names without offences.
Even though there was nothing in the future for Martel, Krishna removed all his obstacles and brought him from the slums of Detroit directly to an elevated spiritual atmosphere. All he had to do, was to chant the Holy Name and to follow the good-hearted devotees.

I am now fully convinced in the power of the Maha Mantra and I can boldly claim that the two things that are most worth glorifying are the devotees and the Holy Name.