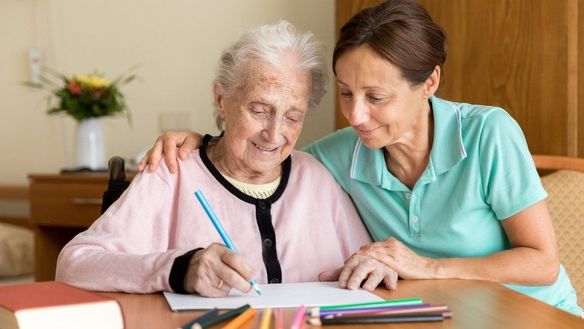 Ai article in The Times of London, entitled "Slowing Down the March of Time," gave an update on research at an institute of experimental gerontology. According to a spokesman, "Some enigmas of aging are beginning to be unraveled by remarkable advances in medical research. . . . Growing old, in the traditional sense, is not inevitable. We are already developing ways to counter it" The author goes on to say that although research has been going on for a century, specific factors that cause aging "remain frustratingly elusive." But aging is a crucial problem, because the aging populations, sometimes known as "gray-haired societies," are dramatically increasing:

The extra demand on health and social services, as well as the need to find treatments for diseases of old age particularly senile dementia will be enormous. Hence the urgency of the question: "What causes us to grow old?"
. . . Medical advances in the past few decades have largely thwarted many of the traditional killers of the elderly, such as tuberculosis, pneumonia, and influenza. In their place have come other diseases not new, but camouflaged by the previous limits of the average life span: cancer, heart disease,senile dementia, and other degenerative conditions. As life expectancy increases. Hodkinson says, it is not the fear of death that overshadows our last years but the anxiety that we will lose our freedom through mental and physical disabilities.

Before trying to relate the Vedic solution to this current social problem, I would like to first explain the Vedic view of old age and the Vedic remedy. This topic is discussed in great detail in the Fourth Canto of the Srimad-Bhagavatam. The Bhagavatam is the history of Vedic civilization with attention to the incarnations of Godhead and His pure devotees. In one section, an allegory is told of a king named Puranjana, who symbolizes all conditioned souls in this material world. The sage Narada Muni describes how King Puranjana tried to enjoy himself to the fullest extent but was eventually attacked by a woman named Jara, who is the symbol of old age.

There is no way to overcome the influence of Jara in material life. Any Utopian idea that old age or death can be eliminated will never come about. Birth, death, disease, and old age are the four miseries of material life. Although scientists may work to try to alleviate these things and may appear to make a little progress, these natural miseries can never be removed. The Vedic approach is therefore different. We work to remove the very foundation of all these miseries, which is material existence itself. That approach will be more profitable than working within a concept that we can achieve a deathless or painless state within this temporary material life.

According to Srimad-Bhagavatam, we cannot slow down the march of time. There is a verse that states, "Both by rising and by setting, the sun decreases the duration of life of everyone, except for one who uses the time by discussing topics of the all-good Personality of Godhead" (Srimad-Bhagavatam 2.3.17). This especially refers to wasting time. Any time wasted can never be retrieved; even a million dollars cannot buy a minute back. Whatever one's duration of life, it's eventually vanquished. For the materialist, old age is therefore a signal that he has wasted his life. He thought he could be happy by omitting spiritual life and indulging in material pleasures, but when invalidity comes, it's not only too late for material happiness, but it's very difficult to make progress in Krsna consciousness.

The story of Puranjana is told by the sage Narada. Narada says that Jara once approached him with lusty desires but she couldn't attack him because he was a brahmacari, a celibate. This means that persons who remain celibate like Narada do not grow old in the way ordinary persons do. They tend to live longer and without so many pains. Srila Prabhupada states in this section of the Bhagavatam:

If a person is Krsna conscious, he can work like a young man even if he is seventy-five or eighty years old. Thus the daughter of Kala (time) cannot overcome a Vaisnava. Srila Krsnadasa Kaviraja Gosvami engaged in writing Caitanya-caritamrta when he was very old, yet he presented the most wonderful literature about the activities of Lord Caitanya. Srila Rupa Gosvami and Sanatana Gosvami began their spiritual lives at a very old age, that is, after they retired from their occupations and family lives. Yet they presented many valuable literatures for the advancement of spiritual life. . . . Thus Jara, the effect of old age, does not harass a devotee.
. . . Because a devotee rigidly follows the instructions of Narada Muni, he has no fear of old age, disease, or death. Apparently a devotee may grow old. but he is not subjected to the symptoms of defeat experienced by a common man in old age. Consequently, old age does not make a devotee fearful of death, as a common man is fearful of death. When Jara, or old age, takes shelter of a devotee, Kalakanya diminishes the devotee's fear. A devotee knows that after death he is going back home, back to Godhead: therefore he has no fear of death. Thus instead of depressing a devotee, advanced age helps him become fearless and thus happy.

This was certainly true in the life of Srila Prabhupada. He was very jolly and active with his writing and preaching until he departed at the age of eighty-two. Although his example is extraordinary, others can follow and be much more successful than people who are struggling with material formulas to get through old age.

One who engages in spiritual practices throughout his life will not necessarily be immune from old-age diseases, but he will most likely not have such severe problems. The occurrence of senile dementia is rare in a person who is enlivened and enlightened with spiritual consciousness. Krsnadasa Kaviraja was in his nineties when he wrote the Caitanya-caritamrta. He writes there, "I have now become too old and disturbed by invalidity. While writing, my hands tremble. I cannot remember anything, nor can I see or hear properly. Still I write, and this is a great wonder."

So although the scientists may eventually be able to retard the degenerative diseases and extend the human life span, that isn't the real problem. The latter part of life is significant not merely for trying to prolong sense pleasure, but it's the time that must be used even if earlier years weren't fully used for spiritual life. To spend the remaining days reminiscing and becoming fearful of approaching death, or thinking that one is useless in material society, is the greatest misfortune. The Vedic scriptures are teaching us that elderly people should be sane enough and brave enough to leave behind all material entanglements and concentrate on preparing themselves for what comes next death and the next life.