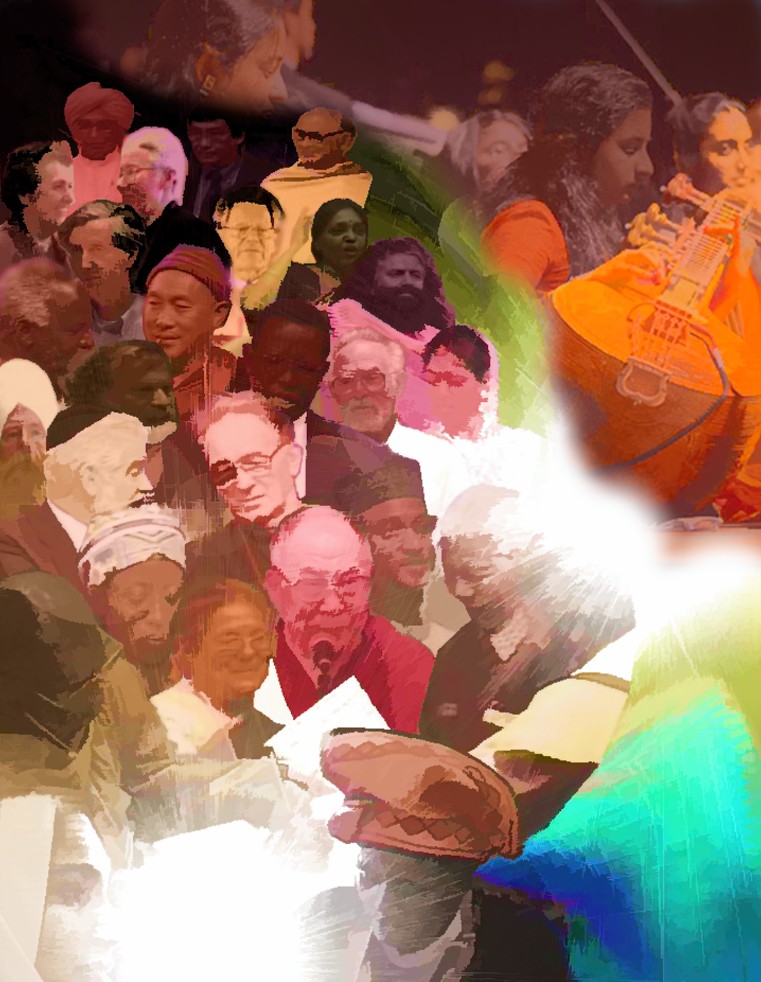 At a recent public lecture I attended the speaker was asked the above question by a respectable Muslim lady. Her full question was; given that we all believe in God, why are there so many different religions? While the speaker understood exactly what she was asking he diverted for a moment to suggest that unfortunately we do not all believe in God. Rather there is a significant and powerful lobby making extensive propaganda that Gods existence is a fallacy, a myth and that this lobby go under the banner of atheists (against theists). On a broader note the whole area of recording religious history is most interesting.

As the saying goes: “history is but a set of lies commonly agreed on by historians” In relation to religious historians this issue is even more acute, primarily because of the almost blanket ban on accepting any religious history that is not based on sense perception. The so-called ‘enlightenment consensus’ strictly adhere to their rule that nothing beyond gross matter and three dimensional space can be recorded. In reality this means that the enlightenment consensus lobby generally dismiss every other source of information and in the case of the vedic version it is dismissed as mythology. Sir William Jones the renowned lawyer, linguist and philologist while having some appreciation for India was unfortunately scathing about the beliefs and pramana system of the vedas. He referred to them as charming but fictitious embellishments and mockingly wrote about Bhisma being born of Mother Ganga and Bhima being born of the wind etc. His jocular presentations of these factual realities was both intended to, and ultimately achieved, such pastimes being tagged as mythological. A tag that remains as strong now as it has ever been.

“His [Darwins] ancestors may have been monkeys but mine were not.”

After the diversion the speaker returned to answering the main question and referred to the fact that absolute truth is always God made whereas religion is often man made and such man made religion is not supported by sastra:

“In the age of Kali, godless civilizations will create so many so-called religious societies in which the Personality of Godhead will be directly or indirectly defied”
SB 1.16.20 purport

God and religion has often been used for ulterior motives, indeed there are some interesting and long lasting examples of this. While the protestant reformation movement in the middle ages was by and large fuelled by the lack of purity of the mainstream church in Rome, there were some exceptions. One such exception was the creation of what we now know today to be the Anglican Church. Without getting into the entire history of that church since its inception to the modern day, the fact remains that its initial birth was very much as a result of what can generously be described as ‘administrative’ reasons, as opposed to any connection to the absolute truth.

In the early 1500s King Henry the V111 of England found himself in a bind. On the one hand his first wife Catherine of Aragon did not produce a son (at least not one that survived) and Henry was fixated on having a son who would become heir to the throne of England. On the other hand he had become infatuated with Anne Boleyn but Anne, desirous of becoming Queen, would not allow Henry too close until he got rid of his first wife, Catherine. Henry tried many things over a number of years but in the end he choose to divorce Catherine. As a result he had to break away from the Church in Rome as they would not allow divorce. He then declared himself the ‘Defender of the Faith’ (a title that is still in place today vis a vis the British monarchy) of a new church/religion – the Church of England. While Henry managed to bring many of the resident clergy in Britain at the time along with him, many remained loyal to Rome, not least Tomas Moore who was executed for his troubles. Thomas Cromwell was then installed as ‘vicar-general’ of the Church of England even though he was a layman with no clerical background. His main qualification was that he unreservedly supported Henry’s break from Rome. Soon after Henry unilaterally divorced Catherine and had his marriage to Anne validated. There were many consequences that followed that are too long to go into now but one immediate consequence was that Henry’s daughter Mary from his first marriage to Catherine was now considered a bastard.

Without casting any judgements whatsoever on modern day Anglicanism, we can clearly deduce that the origins of this religion were man made. As with most made man religions they are usually created for ulterior motives. In this case the motive was the desire for a son and the attraction for another woman.

This is not the only example that can be cited. In the Encyclopaedia Britannica there is a quote accredited to one man who began a religion in the 50s, the quote is:

“If you want to make a million start your own religion”

We understand that there is some dispute about this quote (which is hardly surprising as if you were foolish enough to say such a thing, you’d no doubt be eager to backtrack once challenged on it) but it simply reflects a mentality that is inherent in all of us, the tendency to cheat.

As if this quote isn’t enough there are other bizarre ‘religions’ out there looking for their share of the ‘spiritual’ market. One such group (a registered religion/charity in California) requires no more of you to be a member than having a liking for Harley Davidsons and cross dressing as a nun!

So in conclusion there is only one God and there is only one religion too. That religion is to render loving service to the supreme Personality. Such service demands both a lack of motivation and self-interest as clearly stated by Suta Goswami – ahaituky apratihata – service should be unmotivated and uninterrupted.

Krsna Himself states it even more clearly:

“Abandon all varieties of religion and just surrender unto Me. I shall deliver you from all sinful reactions. Do not fear”
Bg 18.66

Therefore the answer to your question is that until we all come to the stage of surrendering to the one supreme God, rendering Him loving devotional service that is both uninterrupted and unmotivated, new and man made religions will always be popping up in one form or another.