I think I have acquired a spiritual guru… 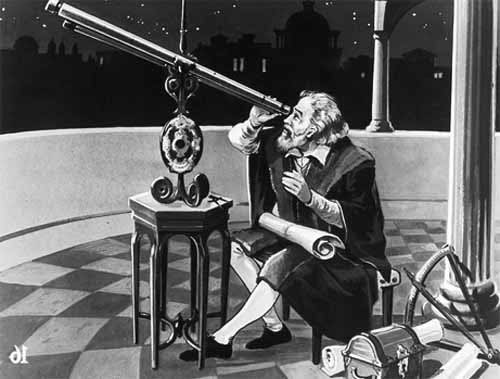 Actually, I think it might be more accurate to say that he has acquired me.

I’m a scientist (astrophysicist to be precise) and I’ve been agnostic for as long as I can remember, so I’ve always struggled with the idea of God and the purpose of religion. But a few months ago, I had a spiritual experience, and since then, I’ve been on a quest to understand the being known as God. To learn more, I’ve studied and participated in various religious systems, and for the past month I’ve been exploring the group commonly known as Hare Krishnas.

This weekend, I participated in a festival organised by the local bhakti-yoga community (bhakti-yoga or Krishna Consciousness is the lifestyle practised by the Hare Krishnas). On the Friday, I attended a lecture. I’ve been attending lectures with the Hare Krishnas every week for a few weeks now, and I often enjoy their talks and find them insightful. As usual, the lecture started with some chanting of the Hare Krishna mantra. It’s a very simple mantra, but I find it incredibly uplifting; the bhakti-yogis tell me the words themselves are powerful: Hare Krishna, Hare Krishna, Krishna Krishna, Hare Hare; Hare Rama, Hare Rama, Rama Rama, Hare Hare. The chanting normally ends with the arrival of the speaker, and Friday’s speaker was an oldish (just over sixty maybe) monk-looking guy in the standard orange robes.

The title of the speaker’s talk was “Too busy to be happy,” and he ran a very informal session, with plenty of audience participation, much to the discomfort of some of the audience members! He began by asking several members of the audience (who were mostly students) what they were aiming for in life. Their answers consisted of the common material goals, such as a good job with lots of money, a nice house, nice car, nice partner. Next, the speaker asked, “Will these material things make you happy?” Apparently not. It’s the emotional high, which comes with achieving these things, that we actually crave, and this high is inevitably short lived. The affable orator then explained the central idea to bhakti-yoga: we are not our bodies; we are in fact the spirit soul (or atma in Sanskrit). The idea is that the soul lives inside the body, and since it is distinct from the material body, material things inevitably cannot satisfy it. Hence, material things are not what we should seek to attain true happiness.

The next day I was at the Hare Krishna temple for the festival and who should be hosting a Q&A session but my new friend. I’d done my homework; I’d read the bits in the books that describe the basis for the arguments he was making; if he was going to talk about how futile and limited the pursuit of science is, then I was going to be prepared. Whilst not allowing myself to hog the discussion, I did my best to challenge his assertions and rout out the logic behind his arguments, to see how firm a foundation they were based upon.

The speaker brought up a point about all the bad stuff that happens in the world and how people want to love, care, and help fix the world’s problems. This guy said that generally people are unqualified to help. He gave an example, “Suppose you are ill and need surgery to get better, and I offer to do the surgery. You would say to me, “No thanks, you’re not qualified to do that, you’re not a surgeon.” The debate meandered until the speaker made the point, “If you care so much, go and get someone who is qualified to do the surgery.” He then shared the insights provided in the Krishna texts and explained how people need to read them to progress spiritually and to be able to express their love in a productive way. Since this guy is pretty senior in bhakti-yoga, my question after that was, “So how are you going to enact this world-saving plan?” To which he answered, “I think I’ll start with you.”

Oh my! For my petulance and cheek I had been singled out for saving.

[Aside: Later on Saturday, when the same erudite Vedic master gave the lecture, a temple leader introduced him as “His Holiness.” Apparently there are less than a hundred men of his station in the world. It’s like I was being cheeky to the pope. Well, maybe not quite the pope.]

Finally, on Sunday I got my chance for a one-to-one chat. The topics got a bit lengthy, ranging from the ideal spiritual path in bhakti-yoga to the limitations of a materialistic-based scientific study of the universe. A person like me has much to understand about religious structures. Historical events have made me see no need for them. Besides, I think it is possible to be spiritual and have a relationship with God without using a religion or man-made structure to do it. On the other hand, we have a human need to know that what we are doing is “right” or correct. If you act just on your own intuition, then you will interpret events based on the idea of God that you have in your head; by acting without guidance it is very easy to doubt your own thought process or, conversely, to end up feeling spiritually alone or even deluded.

Bhakti-yoga claims not to be a religion but, rather, a spiritual science. It’s not science in the way that physical science works, but it does have a very reasonable method. The practice emphasises exploring the ideas yourself and experimenting in the “spiritual laboratory” (genuine wisdom from my guru there). The founding leader of the Krishna Consciousness movement said, “Religion without a rational basis is just sentiment.” They are very much into combining science and religion and always recommend that you test the ideas you are presented with before accepting them. After all, the guru addressed the “whys” and “what fors” in my discussion, and when I told him I still needed to examine several other religions before I could think about accepting one, he responded, “By all means, I’ll be interested to see what you find.”

I’m optimistic about my new collaboration in spiritual science.

—–
About the Author Auriga
Former life-long agnostic, Auriga, Ph.D., is an astrophysicist seeking spiritual answers after a brush with the divine. Perpetually grappling with the inconsistencies between science and spirituality, Auriga’s eventual, hopefully not too lofty aim is to find understanding and reconciliation between the two.