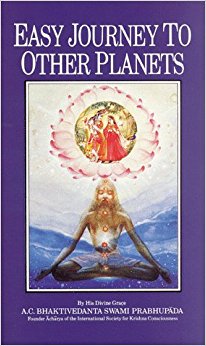 While distributing books in a parking lot in Dallas, I approached a couple of men at their truck and offered them an “Easy Journey to Other Planets.”

“This book explains that there is life on other planets, and many of those planets are a lot better than this one,” I said. “We’re destroying this one. We just ask for a donation for it.”

They said, “We just gave the little cash we had to the guy there with the bike that has a dog in his front basket.”

There was this man with his dog that had sun glasses and a big sun hat. He’s homeless, and this is how he makes money: people take pictures of him with his unusually dressed dog. The homeless man was there, too, listening to us.

Two minutes later the man with the dog in his basket rides up to me with two dollars in his hand, saying, “What you said back there to those two guys sounded interesting. I’ll take one of those books.”