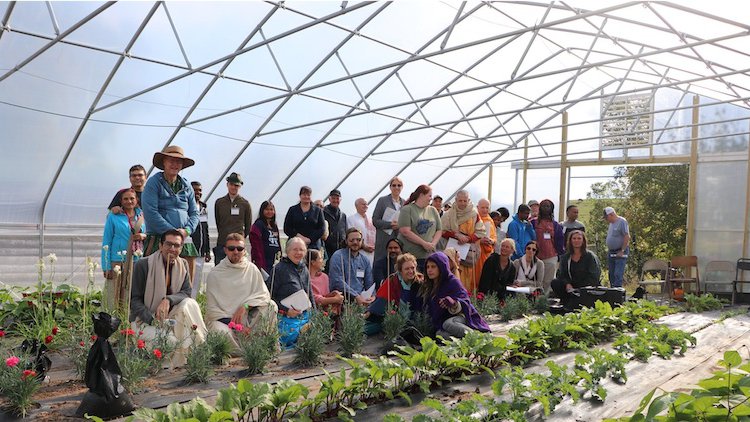 In West Virginia, the first frost can hit in Fall and the last in late Spring, halting the growing season all the way from October to May.

The high tunnels were installed this summer by Amish company Yoder’s Produce from Fredericksburg, Ohio. Two of them, measuring 96 x 30 feet, sit in the Valley Barn area, a sixty-acre plot run by New Vrindaban’s simple living arm ECO-V, which owns about 910 total acres.

A third, measuring 60’ x 30’, is in the personal garden of Vidya Dasi, a village resident who has served in the community for forty-eight years. All three give their full yield to the deity and temple kitchens. 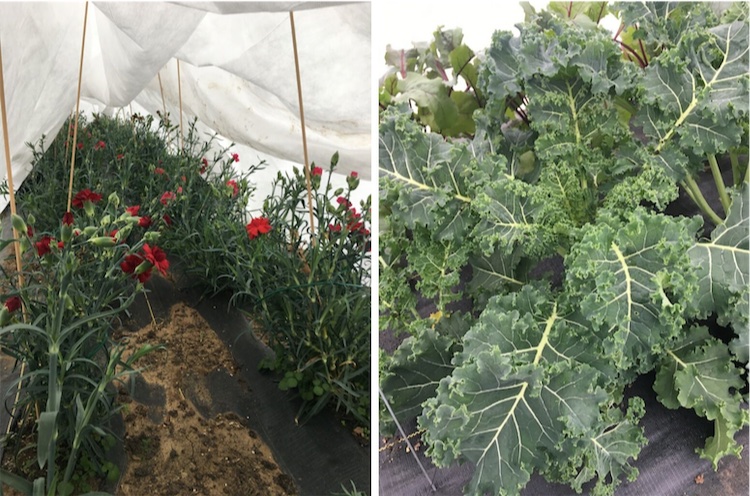 The high tunnels are made with a structure of metal poles, covered by two layers of plastic with air pumped in between them. The temperature is set by a thermostat, and the sides of the tunnel roll up and down to adjust it accordingly. The tunnels are also fitted with bug netting.

“What’s exciting to me is that we actually have control over the situation now,” says ECO-V General Manager Ranaka Das. “The plants are not subject to the weather, or insects, which all cut into your production – they thrive because they’re in a totally protected environment.”

The high tunnels are said to extend the growing season for at least six weeks at both the beginning and the end, with hardy greens growing through the winter. However Analaksita Dasi, who works with Vidya, says “you’re always harvesting and planting” year round.

“Right now, it’s December, and everybody else’s gardens are finished,” says Analaskita Dasi, who works with Vidya. “But we are still harvesting beets, kale, carrots, lettuce, radishes, and I’ve just replanted spinach. We also just planted many new fragrant flowers for the deities, like daffodils, hyacinths and tulips. And I was picking tuber roses until a month ago.” 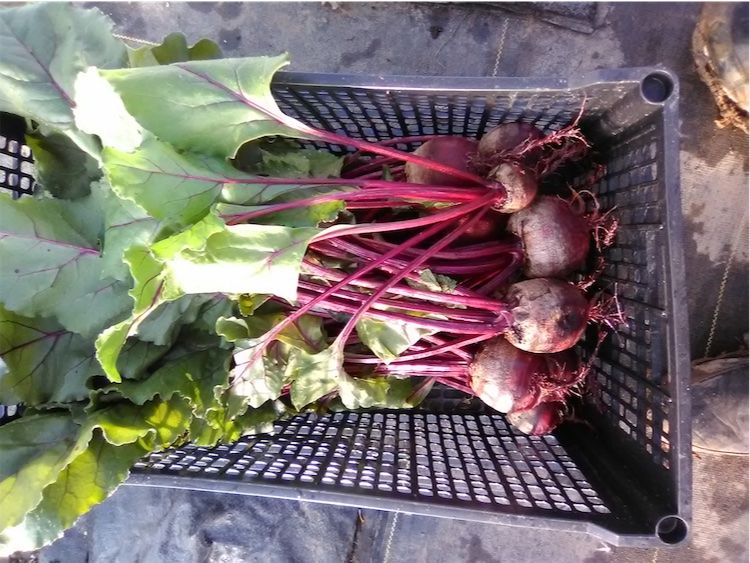 This despite the fact that temperatures have already dropped as low as 14 degrees Fahrenheit (-10 Celsius) this winter.

Although growing will slow down during January and February, devotees expect to plant the  spring crop as early as the beginning of March, including green beans, peas, carrots, beets and even tomatoes.

“We’ll be a few months ahead of everybody else, as far as the growing season goes,” Analaksita says. “We’ll have the first harvest.”

The high tunnels will allow the temple to buy less and less produce from the store during the off-season, providing more high quality, locally grown food and saving money on expensive flowers.

“My goal is to eventually provide as much as possible all the produce for the deities and the temple resident devotees,” says Ranaka. 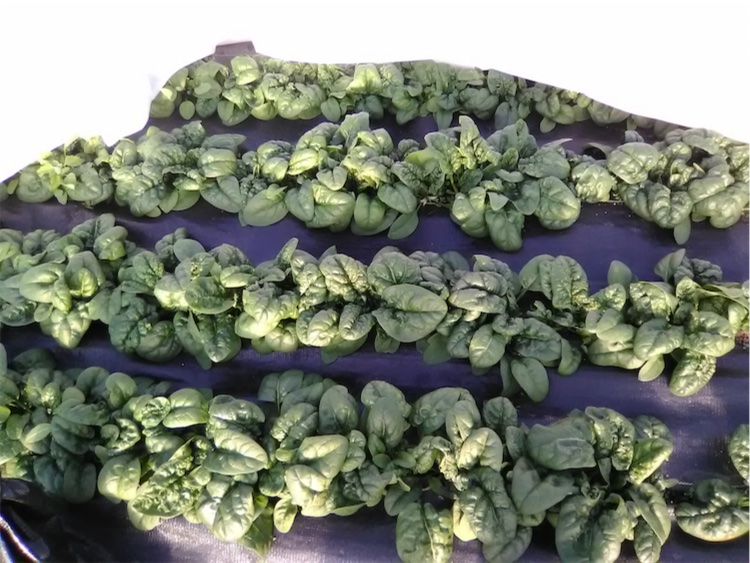 While there’s something of a learning curve, more high tunnels will be added as an efficient system is established, both on ECO-V land and that of individual devotees. Already, a fourth high tunnel has just been constructed on New Vrindaban cowherds Ananda Vidya and Lalita Gopi’s property.

Vidya encourages more devotees to try it out. “There’s a program in West Virginia that anyone who has land can apply for, and they give you a grant to help with the cost of high tunnels,” she says.

Ranaka is similarly enthusiastic, saying, “For me, this is the biggest step we’ve taken since my involvement with the gardens.”

Analaksita is also excited about expanding the program. “I feel it’s better that the temple can buy produce that is locally grown by devotees,” she says. “A lot more love goes into it when you actually grow something from seed, to plant, to bringing it to the deities to be offered. It’s a really satisfying feeling.”