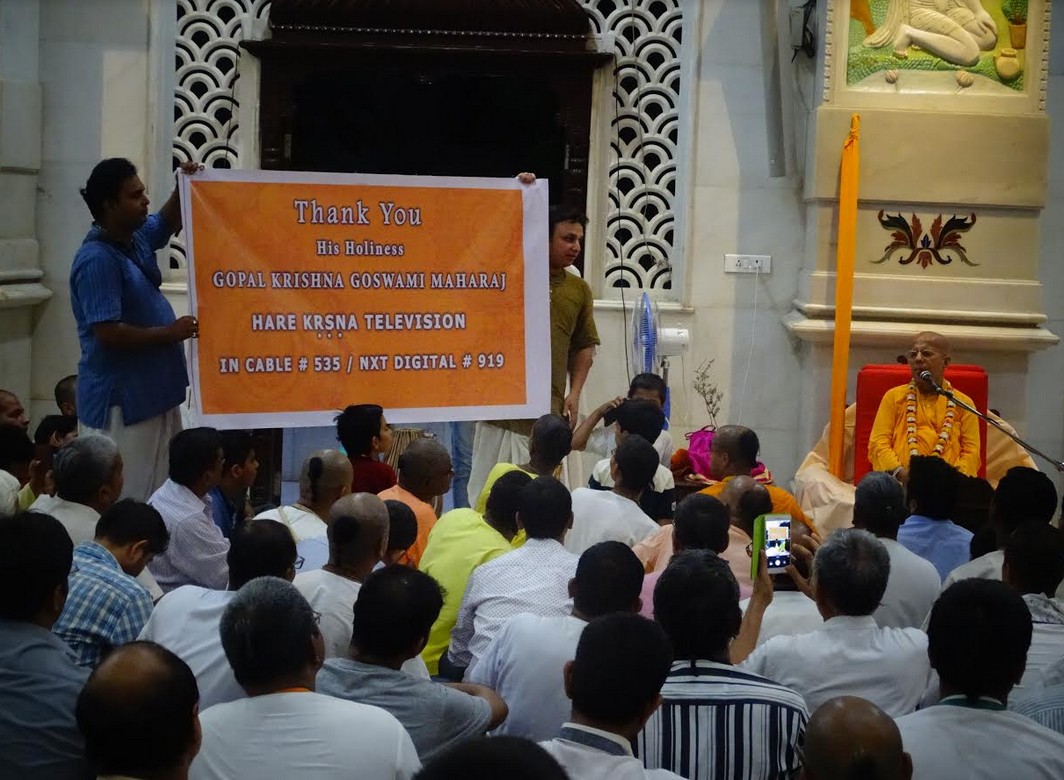 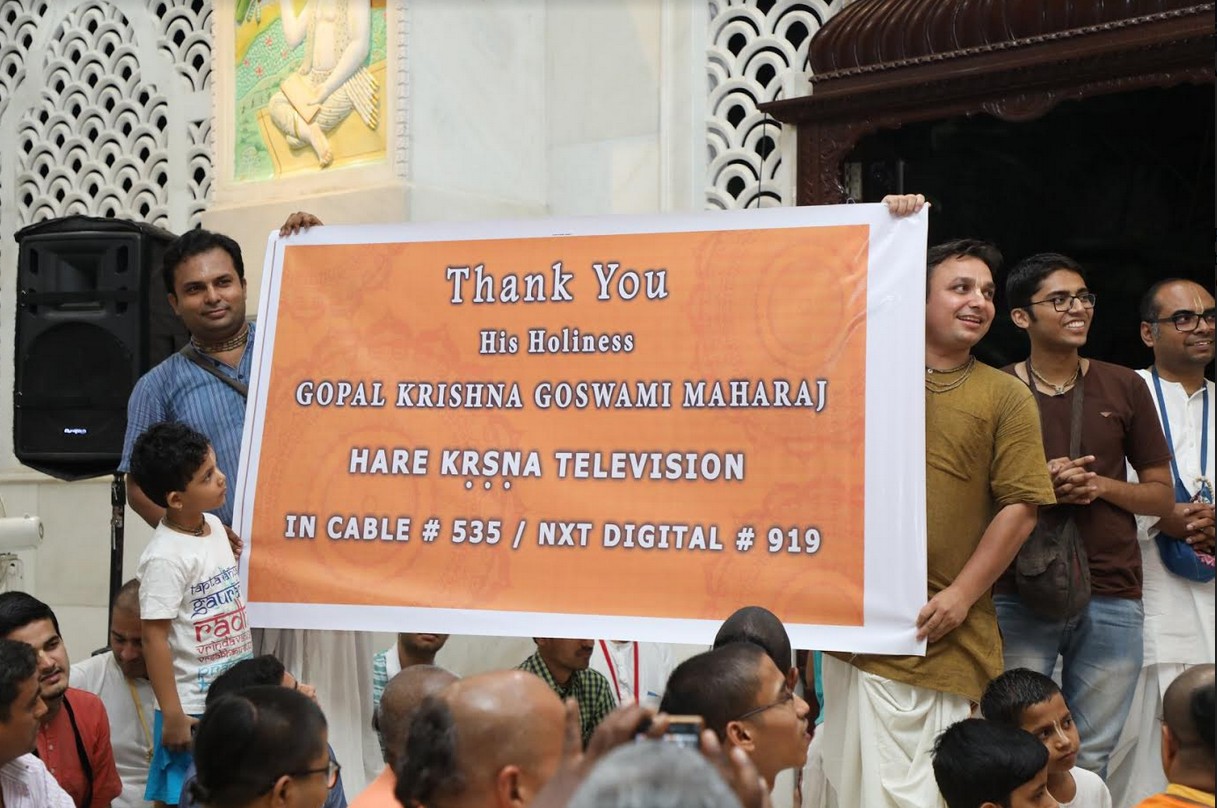 Maharaj appreciated the work of Hare Krsna TV: “As you know if you open TV, there are so many programs running on television including many religious channels. HARE KRSNA TV has been started. ISKCON Desire Tree is working very hard to spread Srila Prabhupada mission every town and village. Please give them your support.”

Hare Krsna television is also thankful to ISKCON Gurus & leaders for contributing their outreach content freely with the channel.

To increase the reach further, Hare Krsna TV seeks from devotees blessings and funds. There is huge potential of distribution and thereby reaching Srila Prabhupada’s mercy to every town and village on various television and OTT platforms. To support the project on long term basis, Hare Krsna TV is seeking monthly contributions from devotees starting from $10 / Rs. 100. Kindly support and help us reach Srila Prabhupada’s mercy to the masses. Thro this television project, we can spread awareness of all our ISKCON projects.

Devotees desiring to support Hare Krsna TV with funds, industry contacts or to get it in their location can kindly contact vaishnavasevadasa@gmail.com