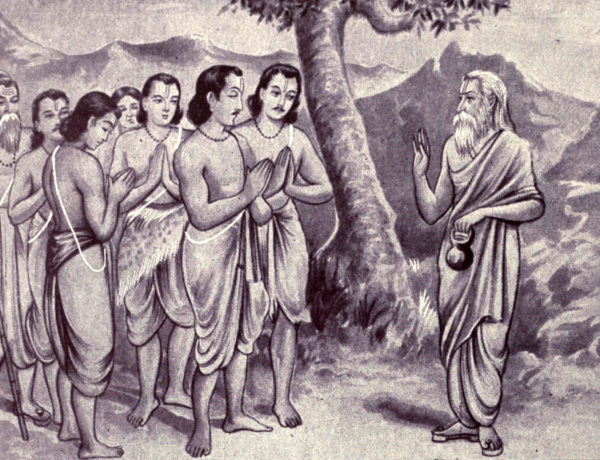 The Pandavas were not ordinary people in two ways; not ordinary in the sense that they were devotees from birth and not ordinary because they had taken birth in a royal family. It was not just something like the modern royal families. Even in the modern royal families, there is some culture, there is tradition and there are certain standards. People grow up with a certain awareness, “I am supposed to behave in a noble way … where nobility obliges me to do certain things.” In the sense of the Pandavas, that was something very deeply rooted in every fibre of their existence because they grew up in a refined culture which was completely favourable. We know what world we grow up in now, a world that has many twisted values – a misguided, misdirected civilisation.

So now, for us to turn to Krsna means a turn in life, a complete revolution. But for the Pandavas, it was rather the crown of all of their culture and their lifestyle. It was just a further extension of where they were. They were trained to live a life of dharma, to live a life based on scripture. They were trained to protect religious principles and to govern. They had a very broad vision because they were not ordinary people who simply thought of their own interests. They were thinking of the welfare of the society at large. Therefore, they were people with a very big vision – you can say that they were great visionaries. Their vision was not based on their speculation but one that was thoroughly rooted in transcendental knowledge and applied with intelligence.