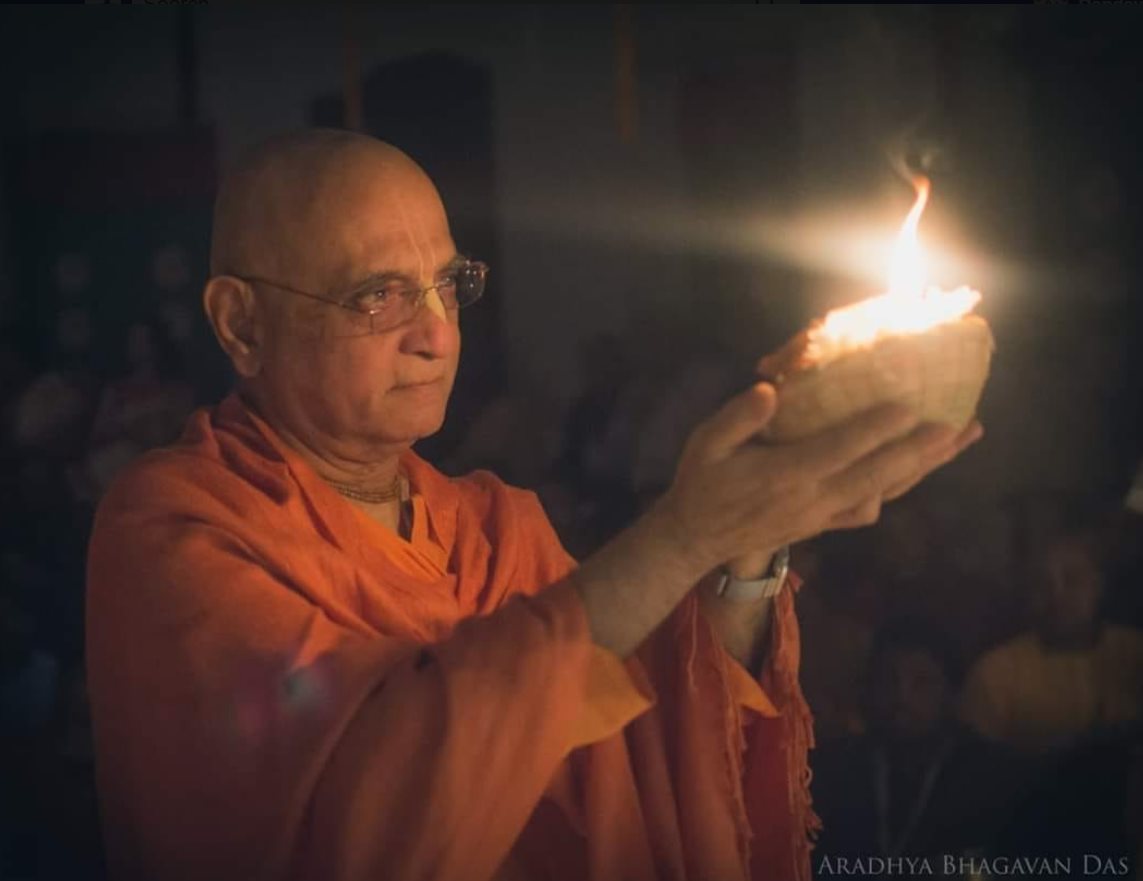 We had been requesting the team of doctors at the hospital to give Maharaj convalescent plasma, which is plasma that contains antibodies from people who have recovered from COVID19. Patients who received this convalescent plasma are usually taken off the ventilator within 3-4 days.

The doctors managing Maharaj’s condition informed us that there are 3 patients ahead of Maharaj. It takes 4-5 days to get the plasma for each patient, so it could take up to 2 weeks to get to Maharaj.

My husband did some research and found out that the plasma had to be in a clinical trial and that Advent Health has its own research institute. He then directly contacted the Advent Health Research Institute and spoke to one of the trial coordinators for the plasma. They were very excited to sign Maharaj up for the trial and said that if my husband could sign all the papers this evening, there is a good possibility that Maharaj could get the convalescent plasma by tomorrow. My husband immediately downloaded, signed, and returned the paperwork. We are now hopeful that he will soon receive the convalescent plasma.

We request that all devotees pray to Krsna to arrange for this treatment for Maharaj. It would also be a wonderful way for all the people who contributed to making the plasma to get the opportunity to serve Krsna’s devotee.

Good news, Maharaj’s dependency on the ventilator has continued to go down, and has now been lowered it to 50%. Once these levels are down to 20% Maharaj can be taken off the ventilator. My husband spoke with a very kind nurse, Amy, who agreed to video call with him.

We have arranged for a team of international vaisnava medical staff who are expert in different areas of treating COVID19 patients. That staff is headed and coordinated by Dr. Vivek Baluja and Dr. Nila Madhava. Dr. Baluja is a neurologist stationed in Mayapur and does tele medicine all over the world, and Dr Nila Madhava was recommended by Anutama prabhu. They are coordinating this group of over 10 experts. The team has full access to Maharaj’s medical records, blood tests, x-rays, and his doctors, and they are dynamically advising the doctors to make sure that Maharaj gets the best amount of care.

They are trying hard to reduce his oxygen dependency from the ventilator. They also have requested for convalescent plasma as well as the continued use of the existing drugs. In some cases they have offered alternative medications but their objective is to take Maharaj off the ventilator as soon as possible.

Currently they are projecting at least 10 days in the ICU, it could be more. This group of international medical staff are continually monitoring and have direct access to the doctors. Many vaisnavas have requested some medical doctors to please speak to Guru Gauranga, or directly to the doctors, but the doctors at the local hospital have requested that there be one point of contact. Right now Dr. Baluja is that point of contact, stationed in Mayapur, as well as Guru Gauranga. So if anyone has any urgent suggestions or requests then please forward those to either one of those devotees.

Thank you very much and Hare Krsna.

My husband spoke to the doctors this morning and they informed him that Guru Maharaj’s condition is more stable.

They tested the different components of his blood, such as the oxygen levels, about 4 times a day, so after doing an early morning test they reduced the ventilator down to 70%. It was initially at 90%, they lowered it to 80% and now 70%. Which means that Maharaj’s demand for the ventilator has decreased.

He has shown remarkable improvement in his respiratory condition, and shows less signs of stress. His heart, liver, and kidneys have also been tested in the meantime.

The doctors are giving positive affirmations that he is doing very well. They hope and expect that he will make a full recovery, but they can’t give any guarantees, and they can’t say when he will be removed from the ventilator. They said that that depends on his need and demand for being ventilated.

We will have a better update when Maharaj’s main doctor comes in, but so far it seems that he is slowly moving in the direction of being in a much better condition.

Yesterday HH Bhakti Charu Maharaj had a temperature of 104°F, so he was taken in an ambulance from DeLand farm to the hospital and was admitted into the Adventist hospital in DeLand. After 4 hours they discharged him. He decided to come to the preaching center near our house. My husband moved there to take care of him together with Shyama Murari prabhu and Anish prabhu.

Maharaj’s temperature was up again to 104°f in the evening. He was administered 2 tablets of Tylanol and was given tepid sponging to bring his temperature down. Maharaj had no appetite and was feeling very uncomfortable.

After 3 hours he took another fever reducing medicine and by 10pm his temperature was down 97.5°F. He slept for the first time in days and my husband woke him up at 3am to give him medicine, some light potato soup, and some liquids. His temperature remained at 97.5°F. At 6:45am he was chanting and sitting in a chair when my husband went in the room. He said he felt fine and didn’t want to take medication because it’s not good for the liver. My husband pressed him to take it but he refused. He broke his ekadasi fast with a small piece of toast and avocado but his appetite was not there. Maharaj continued to chant most of that morning.

At 11am he called my husband and said his temperature was high again, at 104°F. His pulse oxygen level was 79%-90%. When my husband saw that it was so low he suggested Maharaj go back to the hospital. Maharaj agreed.

We called the hospital in advance and they informed us that he tested positive for covid-19 because they had tested him five days ago. We then immediately rushed him to advent health hospital in Altamonte Springs. The doctors found out that he is in grave condition and wanted to immediately ventilate him.

My husband called Maharaj’s doctor and Sesa prabhu, the local GBC, was connected to the call. My husband told them that this responsibility should not be on him and that the GBC should make the decision. Sesha said he will call HH Ramai Swami, the executive chairman of the GBC and get back to my husband. 20mins later Sesa prabhu and Maharaj’s doctor called Guru Gauranga and informed him that in the event that Maharaj is unable to make the decision, they decided that he should be ventilated because the doctor said Maharaj will pass away if he isn’t put onto the ventilator. At 9:09pm Maharaj called my husband and told him he was feeling very uncomfortable, very stressed, and was finding it very difficult to breath.

My husband mentioned to Maharaj that it was the concensus of the devotees that he should take the ventilator. They spoke for 10mins and Maharaj said he would leave his life in the hands of the devotees and do what they wanted. The call ended at 9:23. Maharaj called at 9:29 and informed him that he told the doctor he will accept the ventilator and he also asked my husband to thank the devotees for their prayers and keep in touch with the doctor while he is unconscious.

During the last week that maharaj was so sick, he had been continously speaking of how to spread Krsna consciousness vigorously in Orlando and had not cared much about his own health but rather about how much still has to be done to fulfill Srila Prabhupada and Lord Caitanya’s mission. Not a moment of his time while he was sick was lost, but rather he kept working, up until today, even though his health was deteriorating rapidly. We are all praying to Krsna that he comes back to us healthy, quickly. Please also pray for his rapid recovery.