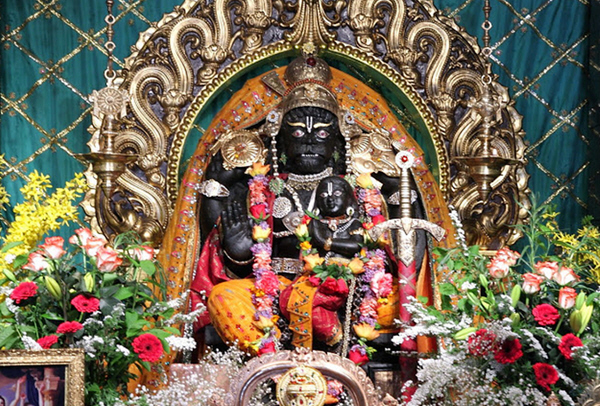 Many news about prehistoric founds and their possible meaning reached the world in the last decades. One of them, found in South Germany, puts scientist around the world in amazement. The centerpiece is the “lion man”, an idol that is made from the tusk of a mammoth in the form of a human body with a lion head. Amazingly it is dated back 32,000 years from now.

This discovery brought a lot of attention in the archaeological circles in Europe. In Excavations around 1930-35 at the Lonetal area near Ulm, German scientist already found an immense cave system with lots of prehistoric artifacts in it.

First, only representations of birds, horses, turtles and even single lions where found but not a morphological combination of men and animal. Naturally the “lion man” was quite outstanding and unique. It became also clear during the later examinations that the “lion-men” was used for ritual purposes, unlike the other items which seemed to have accompanied the dead and so on.

The Idol was found exactly at the place in the cave where day and night meet, about 20 meters away from the entrance and buried 1,20 meter deep under the ground. Many parts of the figure were broken and where found a little away in this area. Therefore it took some time to finish the work of completing and reconstructing the figure and to see it as a whole.

From the viewpoint of Vedic culture of ancient India, Lord Vishnu appeared in a divine human form with a lion face to protect his devotee and to stop religiousness. A description of a standing idol form of this lord is found in the agama silpa shastra and is called “kevala narasimha”. In India still many ancient temples exist, where deities of Sri Narasimha Bhagavan are worshiped, often at special locations like on high mountain peaks or in caves.

Many ancient, highly developed cultures had some kind of idols or pictures of lions with a human face or torso. A purely ritualistic Relic, like for example the Sphinx of gizeh or the Egyptian goddess of war sekhmetm, with a lion head, or Mithra, the Sun god of Persia, with a lion face, the Assyrian Gate Guardians of Babylon or the Etruscan lion with wings at the entrance of the Temple mountain at Troy are well known examples for this.

An now this amazing discovery in Lonetal in a deep cave which is directed to north east towards the little river lone. Extraordinary is also the exact position of the found of the lion-man. It immediately reminded me of the ancient story from the Puranas, known to all devotees of LordVishnu, where Hiranyakashipu, the great demon, achieved nearly immortality by the blessings of Brahma. This demon asked for the boon that he could not be killed by a beast or man, nor in the sky or on earth, not inside or outside a house, not in the day or in the night, not with weapons or by hand and so on. Lord Vishnu then appeared out of a column to kill this demon. But to fulfill the boon Brahma gave, he appeared at dusk and killed him on the doorsteps of his palace with his sharp nails.

It is off course difficult or maybe impossible to finally judge if this idol was a part of a global Vedic civilization but nonetheless our visit of the exhibition, where one can see the figure in a cave like hall, and our later trip to the original place of discovery where very breathtaking and mystical and made us meditate deeply about our predecessors and ancient times long ago where god was present directly on earth, or later in his idol form in many temples all around the world.