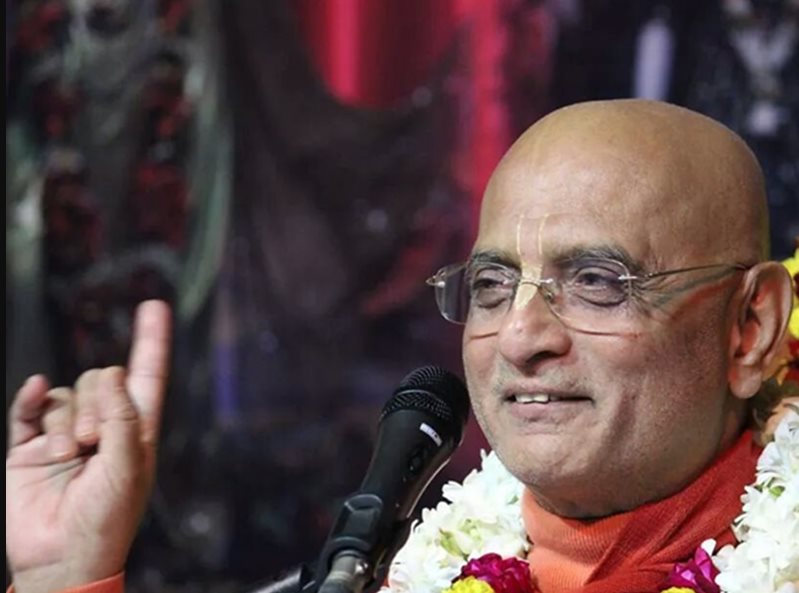 As we all try to come to terms with the tremendous loss we have faced, we would like to share more with you about HH Bhakti Charu Maharaja’s departure and what will now follow, logistically.

On the most auspicious day of Sri Guru Purnima, the first day of the holy month of Sravana and Caturmasya, and the divine disappearance day of Srila Sanatana Goswami, July 4th, 2020 at approximately 8:30 am EDT, our dear Bhakti Charu Maharaja returned to the lotus feet of his divine master, Srila Prabhupada.

Soon after Maharaja’s departure, a devotee came to chant and offer sacred items and prayers, including the recitation of Brahma-samhita and the Gajendra-moksa slokas. He described Maharaja’s body as youthful and effulgent. Bhagavad-gita was on his chest and Srila Prabhupada’s kirtan was playing in his right ear. He was annointed with Tulasi leaves, Ganga water, and maha oil from Nrsimhadeva in Sri Dham Mayapur. These items had been kept in Maharaja’s room in preparation for this moment.

Maharaja’s final rites will be performed on Sunday morning (Eastern US time) at a local funeral home that especially caters to special requests. After Maharaja’s body is bathed, dressed, and decorated with tilak and auspicious item, the arati ceremony will be performed.

COVID-19 restrictions do not allow this ceremony to be open to the public. To facilitate a final darshan for all of the devotees who so dearly love Maharaja, we are trying to arrange a brief live stream. Details will follow as soon as they are available.

Maharaja’s body will then be sealed in a casket in preparation for his final journey to his beloved Sri Dham Mayapur where he will rest in samadhi near the puspa samadhi of Srila Prabhupada and the samadhis of his loving godbrothers.

Due to limited flight availability and additional government protocols, it will take quite a few days for Maharaja to reach Mayapur. The devotees there are already making wonderful arrangements to receive their dear Bhakti Charu Maharaja. Similarly, devotees are preparing for a puspa samadhi in Ujjain. Both of these ceremonies will also be restricted to some extent due to COVID-19. We will provide more details as they become available.

For the time being, we can all spend three days in glorification of Maharaja. On the third day after Maharaja’s departure (Monday, July 6th), we should hold memorial programs in Maharaja’s honor, as far as local government stipulations will allow. If it is more suitable, the program can also be held on Tuesday, July 7th.

We should keep Maharaja’s photo at the lotus feet of Srila Prabhupada in the temple room, offer puspanjali, glorification, kirtan, and arati, followed by a grand feast.

Although this is a time of great sorrow, we should also take comfort in the glorious life and departure of His Holiness Bhakti Charu Maharaja. For one whose life has been offered in the service of the Lord, his departure and further destination are certainly most auspicious and worthy of honor.

Krishna confirms this in one of Bhakti Charu Swami’s favorite verses: