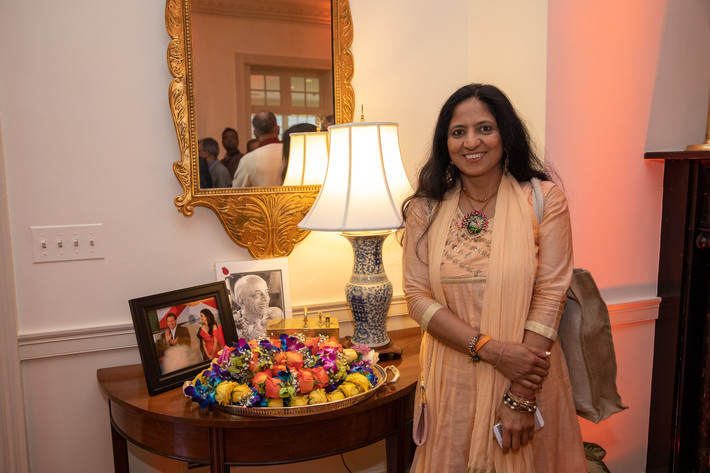 On Wednesday, November 6, 2019, Nandini Kishori, a disciple of HH Radhanath Swami, placed the Srimad Bhagavatam at the Florida Governor's mansion.

Florida Governor, Mr. Ron DeSantis, is a Yale and Harvard graduate and has served in the US Navy. Despite being the youngest and one of the most popular governors in the country, he is humble and has kept his many promises, including hosting the first-ever official Diwali event in the main Government Office. The Governor personally helped carry 50 pounds Srimad Bhagavatam box! His wife Casey is very interested in the Vedic culture and loved the garland that was offered to Srila Prabhupada on his Vyas Puja ceremony in Alachua (New Rama Reti) temple! The Governor and his wife are expecting their third child soon. They loved the award-winning children's book Jaguar and have placed it in their Children's nursery/library along with Bhagavad Gita As It Is. The Diwali event was a great celebration! More than 200 guests from all over the state (from Jacksonville to Miami and from Tampa to Panama City) attended the event.

Mr. Danny Gaekwad, a hotel owner, was instrumental in facilitating this event and placement of the sets. He came to appreciate the devotees via the MotelGita (http://motelgita.org) project as he meets them at the Hotel Owners gatherings and conventions all over the USA. MotelGita project team has placed 450,000+ Gitas across US hotel and motel rooms and has attracted a lot of attention from the American Indian Hotel Owner community. Moreover, Mr. Danny Gaekwad convinced Governor importance of placing Bhagavatam set.

Srila Prabhupada wrote in his letter to Drdhavrata (January 24, 1977), "I want that every respectable person has a full set of Bhagavatam and Caitanya Caritamrta in his home."

Pleasing Srila Prabhupada is a devotee’s life and soul. Prabhupada said tax your brains to distribute more books.  This year, Alachua (aka New Raman Reti dham) devotees tried many innovative ways to distribute Srimad Bhagavatam sets and increased scores by 1100%.They distributed sets to Hindu temples so that visitors and future generations would have easy access to Vedic knowledge. They distributed sets to friends and families. One of the sponsored set was placed at the Governor's home.

Srila Prabhupada is the most distinguished author, scholar, and humanitarian. Only his books can spread real peace, harmony, and love of God in this age. Srila Prabhupada has done all the work and our smallest desire to spread his mercy via his books always gets fulfilled!

In addition, constant guidance and encouragement is available on book distribution from HG Vaisesika Dasa Adhikari, HH Radhanath Swami, HH Gopal Krishna Goswami, and all ISKCON leaders. Distributing books is getting easier in America. People are hankering for spiritual knowledge. Yoga, meditation, and Veganism are becoming mainstream life choices. In other words, this is golden opportunity. May this book distribution increase tremendously to benefit all of humanity. As Prabhupada wrote in the Letter to Ajita, January 6, 1975, "If they receive one of our books and read even one page, they get eternally benefited."

“So unless one elevates people to spiritual knowledge, one is practicing violence. One should try his best to distribute real knowledge to the people, so that they may become enlightened and leave this material entanglement. That is nonviolence (ahimsa). " (BG 13.8-12) (https://vedabase.io/en/library/bg/13/8-12/) 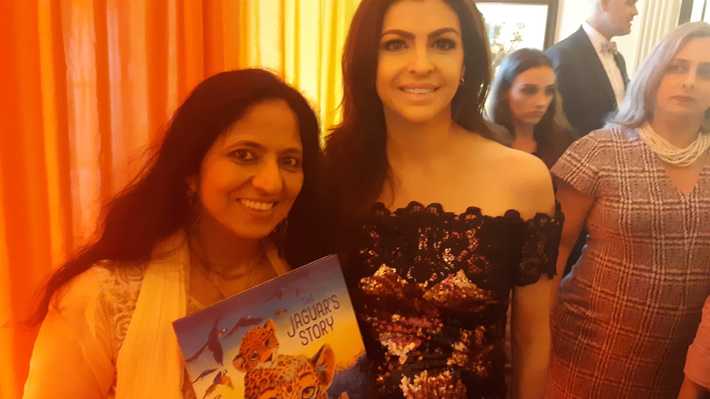