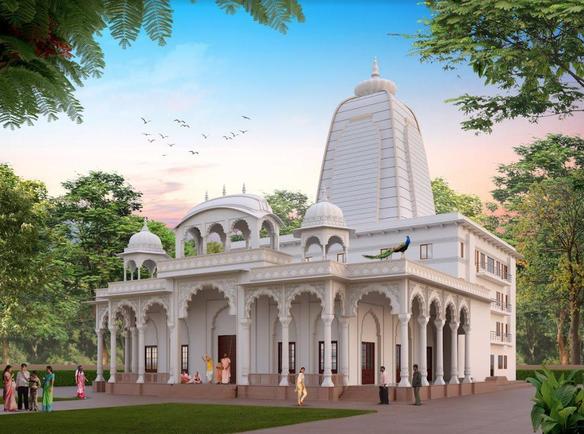 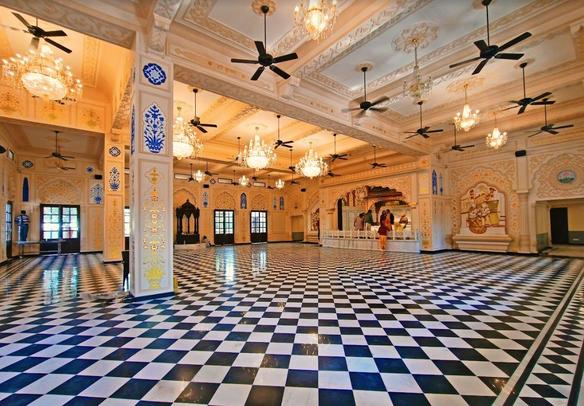 ISKCON Gurugram Temple near Badshahpur , on Sohna Road is gearing up for inauguration. The grand ceremony will take place from 26th to 27th November. Haryana Governor, Sri Bandaru Dattatreya, will be Chief Guest at the event. There will also be the presence of ISKCON GBC Leaders – HH Gopal Krishna Goswami, HH Loknath Swami, and HH Bhakti Bringa Govinda Swami from the US.
This temple is situated at just a 30 minute drive from the Delhi International Airport.

This complex was donated by ‘Acharya Sudarshan Maharaj’, a renowned educationist, to ISKCON in 2015. He was inspired by ISKCON’s sharing vedic culture across globe as he visited various ISKCON on his travels.

The complex and buildings on it have been renovated over a period of the past 3 year. Now it has been adorned with marvellous Rajasthani architecture with a palace-like look, which makes it a unique cultural attraction to the city of Gurugram. The temple has beautiful Rajasthani and Nathdwara paintings handmade by artisans specially invited from Jaipur. Also, the floor has been made of makrana marbles, the same kind that has been used in Taj Mahal. The Temple has very detailed work on the Teakwood doors, which have been made in Jodhpur, Rajasthan.
Also, with opening the temple will provide special seminars on stress-management, relationships, and meditation for all sections of society from kids to adults as well as for Corporate Employees.

“The Temple will be a unique blend of tradition, wisdom and fun, by educating different classes of people how to live a truly happy life”, said Rambhadra Das, Temple President.

There will also be more facilities for free food distribution to the needy on a daily basis.
The temple will be blessed by auspicious installation of beautiful Radha krishna deities, called by name Sri Sri Radha Damodar.
There would be a total footfall of about 30,000+ guests in the two-day event.

The festival would begin from netronmilan darshan (eye-opening ceremony of deities) at 6:00 pm on 26th Nov and will continue with pran-pratishtha mahotsav and maha-abhishek on 27th which will conclude with sumptuous feast prasadam while temple walls echoing with ecstatic and melodious kirtan all the hours. A special Kirtan festival called, Kirtan Mela is also being organised on this occasion and famous ISKCON Kirtan singers are joining from across the world, including Gaur Mani Dasi of the vrajavadhus band.