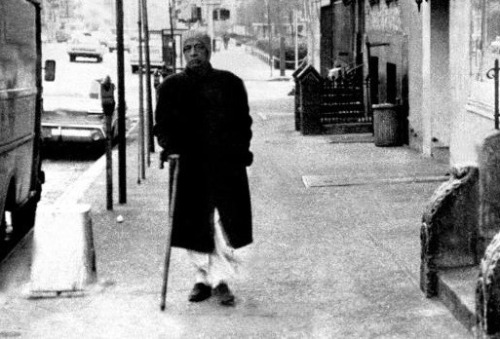 In Calcutta, 1971, the temple was in quite a bad state because the temple president had become preoccupied in an incense business he had started to raise funds. In the course of his absorption in the business, the devotees in the temple were being neglected. He hardly spent any time with them, and they really had no one to look after them. They were barely surviving. A strong-bodied devotee named Sudama Vipra, who had belonged to the Hell’s Angels motorcycle gang, was so famished that he would take the remnants of the ghee wicks that had been burned in the arati and squeeze out whatever little ghee was left, just to get a little nutrition.

The devotees were just waiting for Srila Prabhupada to come so they could explain the situation to him and get some help. There were not very many in India then, and Prabhupada allowed them to meet him quite freely. When he came, the devotees told him about the situation, and eventually he called a meeting to give them all a chance to express themselves. One by one, they spoke about their difficulties. At one stage Tamal Krishna Goswami, the GBC for India, protested: “Srila Prabhupada, my only intention was to execute Your Divine Grace’s will.” And Prabhupada replied a little sarcastically, “Is it My Divine Grace’s will that the devotees should be disturbed?”

Srila Prabhupada listened patiently and sympathetically to what all the devotees had to say, and he formed a committee to manage the temple. He said that they should meet every week and discuss all the programs and problems—how to do things in the best way—write their resolutions in a book, sign it, and then follow what they had decided together.

But at a certain point Srila Prabhupada’s mood seemed to change. He told the devotees, “As long as we are in the material world, there will always be problems, but if we focus too much on the problems, we will forget our real business, which is to become Krishna conscious. Instead of thinking and talking about Krishna, we will think and talk about problems.” Then he spoke about himself, how much he had endured to spread Krishna consciousness. He had suffered two heart attacks at sea on the way to America, and in America he had a buzzing in his ears and terrible headaches. “I do not wish even to tell you how much I suffered,” he said. “But I never complained. My principle was always, ‘Everything for Krishna, nothing for me,” and because that was my principle—everything for Krishna, nothing for me—I never complained.”

Tags: krishna, everything for krishna
E-mail me when people leave their comments –
Follow