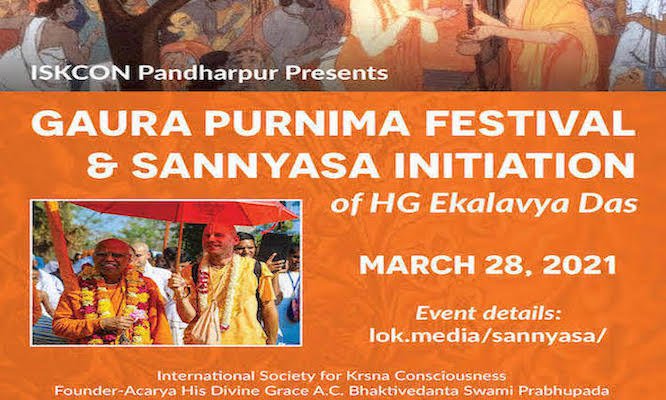 By Ekalavya Das
Ekalavya Das is a disciple of His Holiness Lokanath Swami and is scheduled to receive Sannyasa (the renounced order of life) on Gaura Purnima, March 28, 2021, in Sri Pandharpur Dham, India. Ekalavya Das was born in New York City in 1965, the same year that Srila Prabhupada came to New York to start the Krishna consciousness movement, ISKCON. Ekalavya Das will be the first ISKCON second-generation sannyasi from North America. Joining the movement as a full-time brahmachari (celibate monk) in 1991, this year marks his 30th Anniversary in ISKCON. 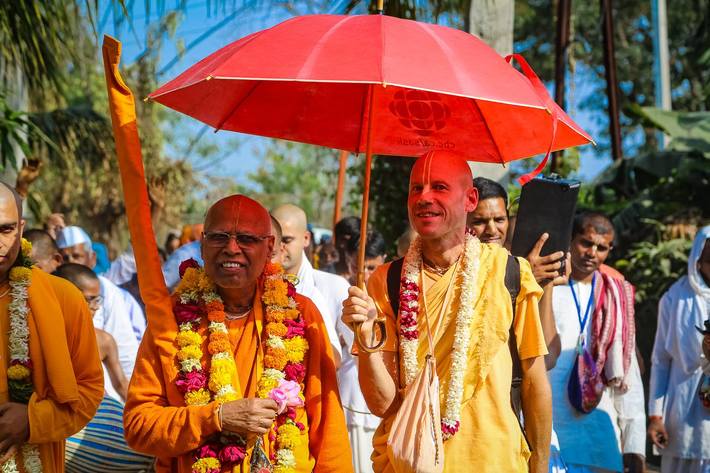 "When I was 12 years old, I started chanting Hare Krishna. I was wondering where I could find spiritual recordings.  LOK.MEDIA today answers that question for millions of spiritual seekers all over the world. Guided by His Holiness Lokanath Swami Maharaja, a dear disciple of His Divine Grace A.C. Bhaktivedanta Swami Prabhupada, LOK.MEDIA strives to serve the world by providing bonafide spiritual content.

Why is this mantra important? Because by chanting this mantra, we will come to realize our true spiritual identity, beyond flesh and bone. We will realize our eternality as spirit souls. We will become ever-increasingly blissful in our knowledge that we are all members of the same loving family. Lord Krishna is our father – the Supreme Personality of Godhead.

As members of the International Society for Krishna Consciousness, we strive to share the blessings we have received with others. We are a united family of artists, musicians, website designers, sound engineers, and sages. Coming together with a united common goal, we strive to serve the world by spreading spiritual vibrations far and wide. Share the good vibes and become a part of our ever-increasing family.

Srila Prabhupada, the founder of the International Society for Krishna consciousness tells a story. There was a lame man and a blind man. They both wanted to travel to the holy land of Puri, but how to travel? “Just get on my shoulders,” said the blind man to the lame man. The lame man jumped up on the blind man’s shoulders. The blind man began to walk, being directed by the lame man. Together they happily reached the holy land of Puri. The moral of the story is that Western Technology is powerful, yet often misused to cause injury and suffering to others. When that same technology is used to share spiritual wisdom for the benefit of all, everyone becomes prosperous. In this way, LOK.MEDIA strives to employ the phenomenal potency of modern media to share spiritual vibrations for the benefit of all under the guidance of the most elevated of sages.