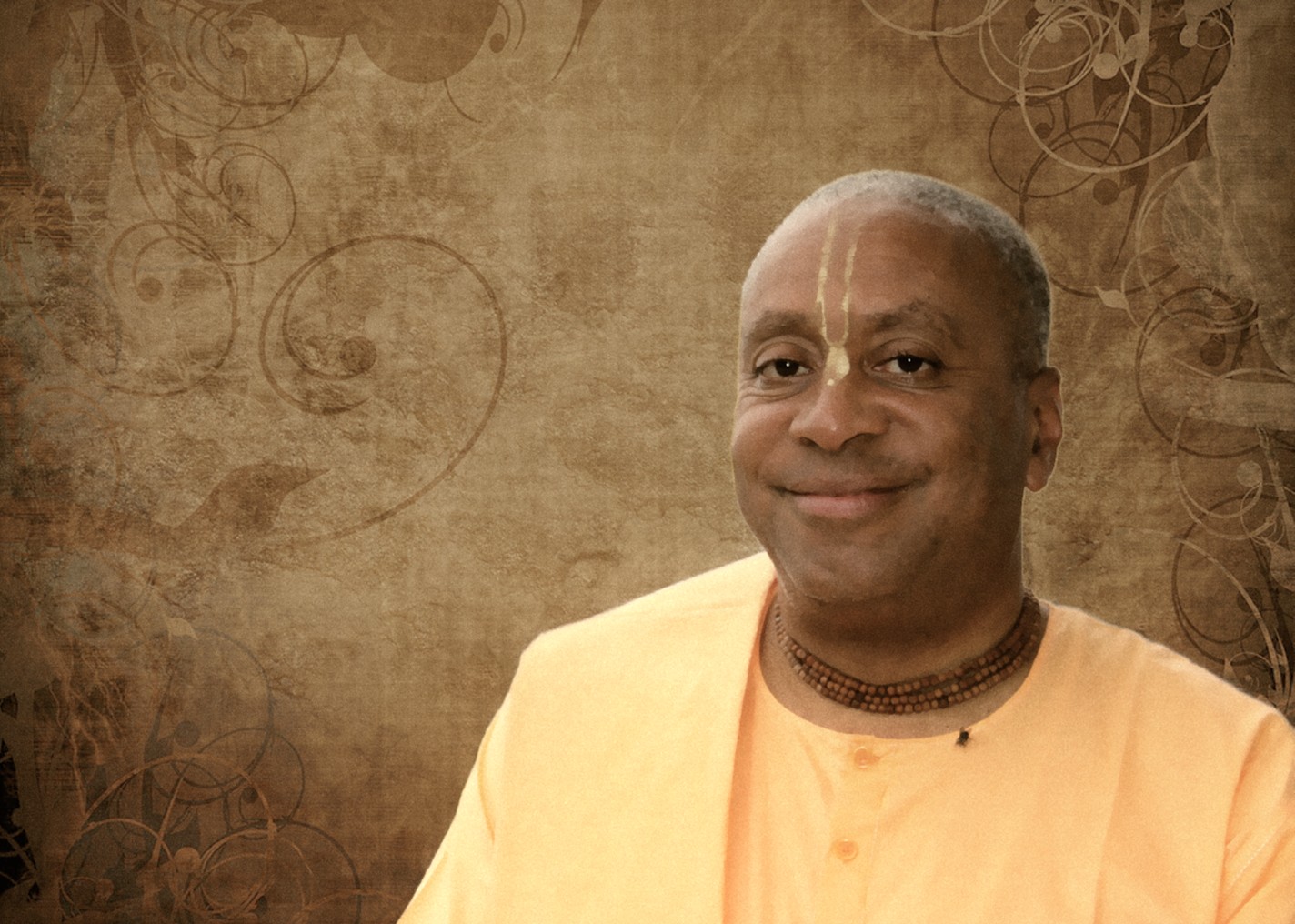 The following is the preface to the author’s new book Hiding in Unnatural Happiness, soon to be released.

Some people seem hard-wired for material success. Apparently on an endless winning streak, often since birth, their life a continual bubble-bath of comfort, convenience, and gratification, they glory in wealth and acclaim.

Their polar opposites, at the dark end of the street, are the legions of the hard up and badly off. Born to lose, many would say, pinned under massive boulders of adversity, they seem to possess only woe and punishing times.

The average Jack and Jill, struggling to stay afloat in the storm-tossed middle class, dream of a secure upper perch, while acutely fearing falling back. They dutifully trudge through urban and suburban routines, occasionally scoring some peak feelings to savour and gala moments to remember.

“Anyway, money can’t buy everything,” members of all social tiers often quip. Daily life, however, regularly belies this old mantra. Happiness and even love often seem to have a price tag, or at least a significant financial correlation.

Whatever our level of income and indulgence, we all long for true happiness and genuine well-being, however defined. Shouldn’t personal contentment become enshrined as a basic human right, for all people, everywhere?

Then again, what about the special persons—the ones who, with wings of selfless magnanimity, soar beyond all social pigeonholes? Compassionate, empathetic, and noble, they radiate human sunshine, in any kind of weather.

Welcoming every personal encounter as an opportunity to benefit and nourish others, such heroes of the heart possess a magnetism of caring that makes them larger than everyday life. Their reason for living is to uplift, somehow; their life’s mission, to inspire, some way. They always seem to have “got it”—the twin prize of inner fulfilment and peace.

Happiness, cheerfulness, satisfaction—however the subjective attainment be labelled—the twenty-first century has set off a gold rush to explain it. “A rose by any other name smells as sweet.” Whatever you call the elusive fragrance of personal peace, we want it. When we do get it, we fear it won’t stick around.

an upbeat, cheery disposition encoded in your genes

flexing the raw power of possession and control

a lasting feeling of capability and contentment

the warmth of interpersonal connectivity and harmony

living in the moment and “letting life be”

Happiness scholar and popular author Sonja Lyubomirsky a professor of psychology at UC Riverside and author of The How of Happiness, likes to let people paint happiness their own way. Clinically, however, she analyses it as “a combination of frequent positive emotions, plus the sense that your life is good.”

A founding father of research into subjective well-being is Edward Deiner, presently with the University of Utah. Known as Dr. Happiness, for his pivotal role in advancing the field, he informs us that the pursuit of happiness confers sweeping benefits: “Happiness doesn’t just feel good. It’s good for you and for society. Happy people are more successful, have better relationships, are healthier and live longer.”
Dont worry, Be Happy

Moreover, Deiner wants us to know that “Materialism isn’t bad. It’s only bad if we use it to replace other things in life like meaningful work, a good marriage, kids and friends. People are recognizing that those who make money more important than love have lower levels of life satisfaction.”

Martin Seligman, a psychology professor at the University of Pennsylvania, is also the author of best-selling self-help books such as Authentic Happiness. He describes it as the quest for activities that are absorbing and meaningful. You know you’ve found the Holy Grail when you become so engaged in whatever you’re doing that you lose track of time. In a state of flow, you’re “at one with the music.”

Seligman defines meaningful as activities especially for serving others, providing the doer with a sense of belonging to a cause greater than the individual.

Searching for hereditary clues to happiness, in the laboratory, geneticists scrutinize our DNA. Meanwhile, peering into the brain, neuroscientists seek the mystery of happiness by tracking neurochemical balances and imbalances.

Crunching research data, social scientists aim to construct nonsubjective measures for happiness. They dispel the popular belief that as nations increase their wealth, the citizens, benefitting from a better quality of life, always increase their happiness. The evidence shows that once societies attain a certain standard of living, happiness decouples from gains in wealth and luxury.

The present state of western happiness science generally accepts the current verdict that genetics generally espouses. At least 50 percent of our personal sense of well-being, we are told, derives from our genetic makeup.

Surprising to many, circumstances are said to affect only 10 percent of happiness. Circumstantial factors are usually established situations difficult to change immediately, such as where you live or work, or your health or marriage.

After the 60 percent predetermined by genetics and curtailed by situations, then your intention, willpower, can roam and play. “Life is what you make it” means 40 percent of your life’s happiness, academics say. Forty percent of your subjective sense of well-being is intentional, that is, immediately up to your personal choice and will.

This book, however, marches to a different drummer. Pursuing another perspective, it sends you up a different road, although one less travelled.

Upon finishing it, you’ll know that in your hands is available 100 percent of genuine happiness and well-being—for both the individual and society.

You see, beyond the material obstructions of genetics and circumstances, surpassing the tiny potential of our material intentionality and will, you can enter the realm of pure spiritual consciousness.

Hiding in Unnatural Happiness is a contemporary presentation founded upon the timeless yoga knowledge of antiquity. Though compact, this book seeks to open up the dimension of nonmaterial possibility, once we shed the shackles of material assumptions and conditioning.

My hope is that you will find inside both spice and substance. The three brief articles, recently published in the magazine Enough!, I admit, are meant to kindle reactions and stir the pot of reflections.

Three others, more lengthy, strive to selflessly serve humanity by identifying mass illusion and the applied spiritual technology that can dispel it.

Expanded from lectures given at universities, these longer articles purposefully challenge the narrow-minded material conceptions of the self and its satisfaction—fallacies that pervade the First, Second, and Third World.
Dont worry, Be happy

Economics, politics, and environmentalism can only benefit from alliance with a comprehensive wisdom culture. India’s greatest export today is its nonmaterial information technology from deep in the past. Offering a scope and breadth of profound spiritual knowledge the world has only begun to access, the spiritual treasure of eastern antiquity can revitalise the entire planet.

Especially the bhakti texts—presenting devotion in pure consciousness, the Love Supreme, as the ultimate goal of society— can transform in toto our mismanaged human civilisation.

Who can truly attain happiness? As stated in a graduate text of bhakti-yoga, Srimad-Bhagavatam: “Only two types of persons can be happy in this world. One is the completely enlightened, self-realized soul. The other is the tragically faithful servant of materialism, thoroughly focused upon exploiting temporary matter, in all its permutations, for fleeting gratification. Everyone else, in between these two classes, must experience some degree of anxiety.”

The practised and seasoned spiritual expert is genuinely happy, thriving in the spiritual freedom of pure consciousness. Fully self-aware, at the pinnacle of the yoga and meditation system, such a connoisseur of enlightenment would never seek fulfilment in matter and its kaleidoscope of impermanence and hallucinogenic assurances.

On the other hand, lamentably, are the stalwarts of illusion, passionately dedicated to “ignorance is bliss; what you don’t know won’t hurt you.” Dulled by the massive programming that so blankets society, mistaking bewilderment and delusion for happiness, such prisoners of deprivation—whether educated and wealthy or not—never think outside the box, beyond the body and mind.

Unthinkingly focused upon strenuous labor—whether industrial or corporate—meagerly rewarded by a few moments of mindnumbing entertainment and exploitative sensuality, they cannot persevere without the artificial succor that intoxication delivers.

Those in between are neither proficient enough in spiritual knowledge and experience nor blind enough in ignorance and matter-mania. Consequently, they must experience, to some extent, inner anxiety and turbulence, due to uncertainty about their self and its place in existence.

This book is primarily aimed at those halfway—the neither fully enlightened nor the stubbornly bewildered.

Yet, if advanced spiritual geniuses happen upon this book, may their purity and grace uplift my efforts.

And if the unfortunately faithful servants of mass illusion turn the pages, they will certainly see the way out.

I know, because I was once in that sheepfold. My heart goes out to its life members.