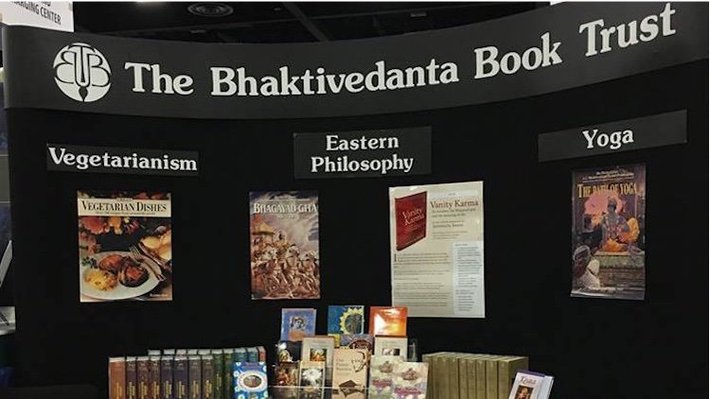 The following is a collective report from participants and facilitators of the dialogue.

Srila Prabhupada wrote to Malati Devi Dasi on January 7, 1974: “I have already written to [name] and [name] about their difference of opinion. We have so much work to do, we cannot lose our solidarity. Do not cause a crack there with any fighting spirit or competition. Whenever I hear complaints or disturbances in our centers my mind becomes too much disturbed and I cannot properly translate my books. So please spare me from such disturbance by cooperating all together Godbrothers and Godsisters.”

In the mood of the above letter, members of the BBT along with a group of concerned devotees, including those with expertise on the subject of editing, convened at ISKCON of Washington, D.C. from September 20th to 22nd, for an extended discussion on the contentious issue of post-samadhi editing of Srila Prabhupada’s books.

The group agreed with the standing resolution of the Global BBT that the BBT and GBC should discuss a BBT Textual Revision Review Board (TRRB) at the mid-term GBC meeting in Tirupati, in October 2019. We also agreed that the Sabha (a devotee assembly that advises the GBC), and a subcommittee composed of others, such as Garuda Dasa and Brahma Muhurta Dasa, will also suggest additions to the pool of devotees who could serve on the proposed TRRB.

We hope and expect that the BBT and GBC will jointly decide on the final make-up of this TRRB, drawing from that pool, at the scheduled Tirupati meeting in October 2019.

We propose the following process for Global BBT approval:

-- Within six months of being established, the TRRB will research Srila Prabhupada’s statements on editing his books as well as applicable teachings and, based on those, produce a list of principles and related guidelines for book revision, to be approved by the Global BBT.

-- Based on those principles and guidelines, along with the application of professional editing standards, the second edition of the Bhagavad-gita As It Is will be reviewed by the TRRB, or a sub-group thereof, with a view to coming up with a definitive edition within three years in consultation with the BBT editors.

-- The TRRB, or a sub-group thereof, will also take up the review of revisions proposed for the BBT’s forthcoming Srimad-Bhagavatam set, and, using the same process as for the Bhagavad-gita As It Is, review proposed revisions.

-- The group unanimously agrees that distribution of current BBT books should continue unabated.

The meeting in Washington, DC, expertly facilitated by Vraja Vihari Dasa and Brahma Tirtha Dasa, was held in a collegial, respectful, and collaborative mood, and resulted in mutual understanding and appreciation.

We express our appreciation to the devotees of ISKCON Washington, DC, for hosting the meeting.

Vraja Vihari Dasa says: “The devotees participated with a wonderful willingness to hear all points of view, while expressing their realizations with clarity. It is amazing what can happen when sincere devotees come together in a mood to please Srila Prabhupada.”