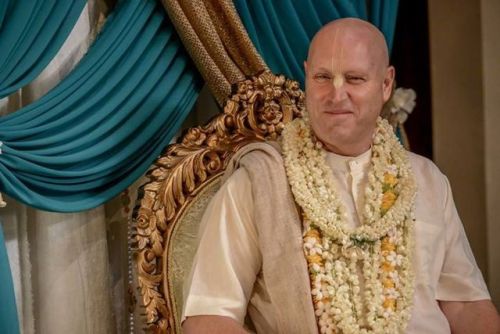 The word, decide, means, “to come to a resolution in the mind as a result of consideration.”
Before leaving one’s present human body, a man or woman has the chance to make a fixed number of decisions. Because our time is limited, the number of decisions we get to make is also limited.
However, the decisions that we make now – before the process of aging debilitates us – directly determine our future body and facility.
Bhakti yogis keep their spiritual intelligence sharp by regularly hearing from the scriptures, the guru and advanced devotees. When the need to make an important judgment arises therefore, these wise practitioners are prepared to make beneficial decisions that situate them ever more soundly in their service to the Lord.
Srimad-bhagavatam 7.19.12:

After all the rsis and others had seated themselves comfortably, the King, [Maharaja Pariksit] humbly standing before them with folded hands, told them of his decision to fast until death.

Although the King had already decided to fast until death on the bank of the Ganges, he humbly expressed his decision to elicit the opinions of the great authorities present there. Any decision, however important, should be confirmed by some authority. That makes the matter perfect. This means that the monarchs who ruled the earth in those days were not irresponsible dictators. They scrupulously followed the authoritative decisions of the saints and sages in terms of Vedic injunction. Maharaja Pariksit, as a perfect king, followed the principles by consulting the authorities, even up to the last days of his life.