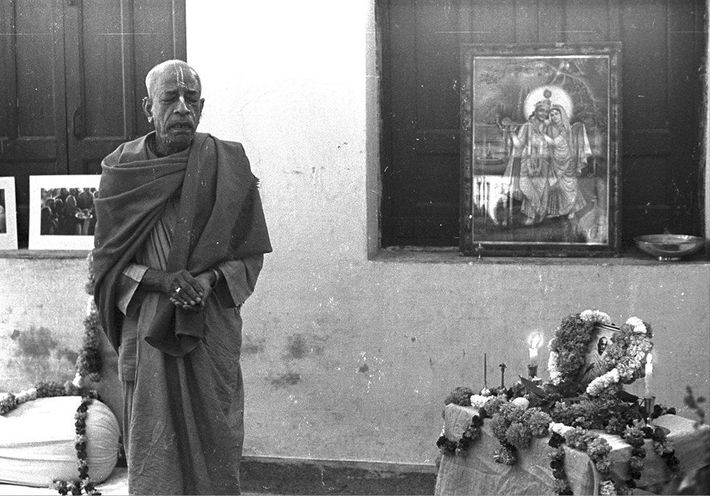 Today is the auspicious appearance day of His Divine Grace Srila Bhaktisiddhanta Sarasvati Gosvami Maharaja. When our Srila Prabhupada first came to America, we had no idea of Vaishnava etiquette or culture; we had no idea how to honor the appearance day of the spiritual master. In 1970, soon after I had joined the Boston temple, Srila Prabhupada explained that the appearance day of the spiritual master is honored as Vyasa-puja, the worship of Vyasa. Srila Vyasadeva compiled the Vedic scriptures, and according to shastra, one cannot understand transcendental knowledge by independent study of books; one must study the Vedic literature under the guidance of a spiritual master. The Mundaka Upanishad (1.2.12) instructs, tad-vijnanartham sa gurum evabhigacchet: in order to understand the transcendental science, one must—it is emphatic (eva)—one must approach a spiritual master. And Lord Krishna Himself, in the Bhagavad-gita (4.34), states,

“Just try to learn the truth by approaching a spiritual master. Inquire from him submissively and render service unto him. The self-realized souls can impart knowledge unto you because they have seen the truth.” First is pranipat: surrender. Then pariprasna: submissive inquiry. And seva: service.

So we all wrote little offerings to Srila Prabhupada’s guru maharaja. They were collected, and then Srila Prabhupada explained how we observe Vyasa-puja. We fast in the morning and come together and glorify the spiritual master, perhaps read the homages that we have written in his honor, offer puspanjali, offer bhoga, offer arati, and then honor prasada.

We are indebted to His Divine Grace Srila Bhaktisiddhanta Sarasvati Thakura for sending Srila Prabhupada to us, for it is by the mercy of Srila Prabhupada that we have been elevated from the material condition and engaged in the loving service of the Lord.

[From a talk by Giriraj Swami by telephone to Mauritius, February 14, 2009]