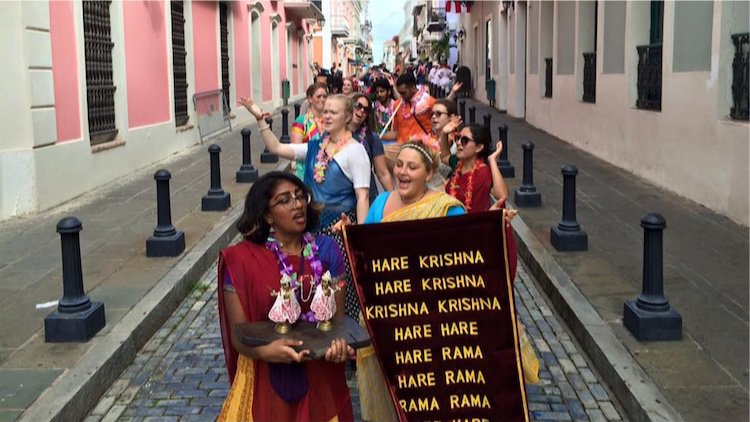 For the past twenty-five years, ISKCON Youth Ministry’s Manorama Das and his wife Jaya Sri Radhe Dasi have taken youth on tours across the US, Canada and Mexico, where they spread Krishna consciousness and get inspired themselves in the process.

Since 2015, they’ve branched out to tour the Caribbean every two years.

“The main reason we decided to switch it up from our regular Mexico winter tour is that devotees starting organizing Rathayatra festivals in the Dominican Republic and Puerto Rico, and asked if some of our youth could come,” says Manorama.

This year, about twenty youth aged 18 to 29, from the US, Canada and Europe, along with local youth will go on a spiritual adventure around these Caribbean islands from December 14th2019, to January 5th, 2020.

On the trip, they’ll take advantage of typical fun Caribbean activities such as hiking in the jungles and rainforests, and swimming at waterfalls, lagoons and beaches. Morning programs will often be held on the beach in paradises like Puerto Plata and Las Terrenas, with japa against picturesque sunrises. 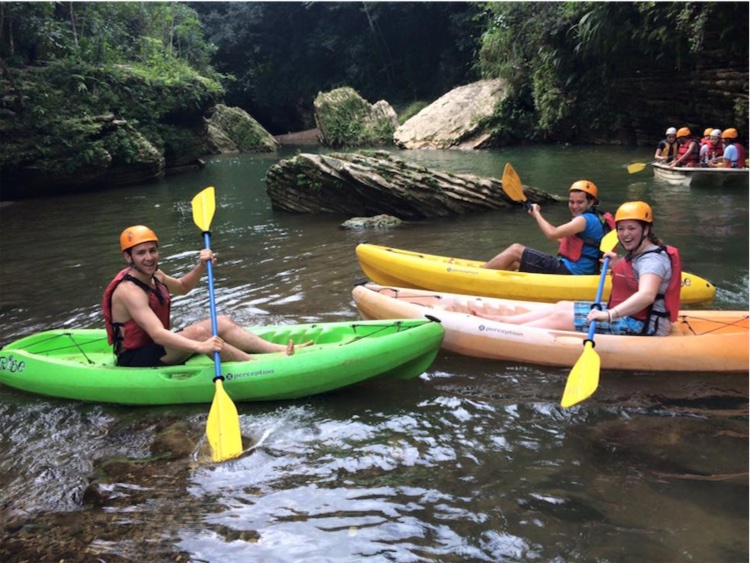 The main focus of the tour, however, will be sharing Krishna consciousness with others. Youth will perform several Harinamas and distribute books in cities like San Juan, the capital of Puerto Rico, and Santo Domingo, the capital city of the Dominican Republic.

“Santo Domingo is a particularly great place for Harinama,” says Manorama. “The downtown is packed with tourists at Christmas time; while hundreds of locals hang out at the harbor front on the weekend. So there’s two different flavors.”

The youth will also hold evening kirtan programs at homes, yoga studios, and temples, including Christmas Eve and Christmas Day kirtans in Santo Domingo, and an epic six hour kirtan from 6pm till midnight at the Puerto Rico temple. To add to the festive season, they’ll do a Secret Santa gift exchange.

“Offering and accepting gifts is one of the six symptoms of love shared by one devotee and another according to Rupa Goswami,” says Manorama. “And it helps the youth to engage with and think about each other.” 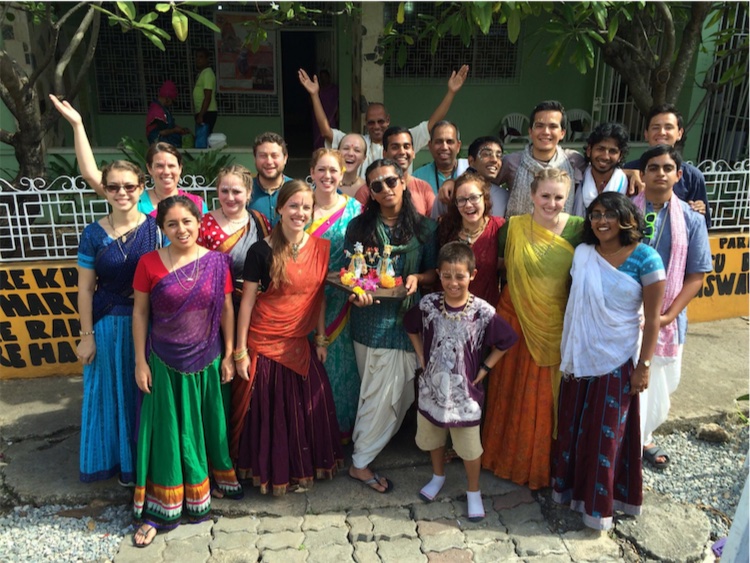 One of the big highlights of the tour will be the four Rathayatra festivals. Three will be in the Dominican Republic -- one in Puerto Plata on December 15th; one in the Northern mountain city of Santiago on the 18th; and one in the capital city Santo Domingo, the first port where Christopher Columbus landed in 1492, on the 21st. The last will be held in San Juan, Puerto Rico’s capital, on December 29th.

“That will be the fourth Puerto Rico Rathayatra, and it will take place in Old San Juan, the historic harbor front city where there are lots of tourists,” says Manorama. “The parade will go right past all the cruise ships, then turn down the old cobble stone streets where all the tourist shops and restaurants are. At the end, there’ll be a festival with cultural performances from Gaura Vani, The Mayapuris and others, along with a free prasadam feast and book tables.”

Another highlight will be the tour’s return to ISKCON Puerto Rico’s only temple, in the hills of Gurabo, which has panoramic views of the island, the rainforest, and the ocean.

In 2017, the temple was destroyed by Hurricane Maria, and youth came to help clean up the debris. Today, the community is still recovering, but has managed to raise funds from around the world to fix their roof. More recently, under the guidance of temple president Arisudana Das, they have created a design for a new temple with a concrete, hurricane-proof roof, and are now fundraising to build it. 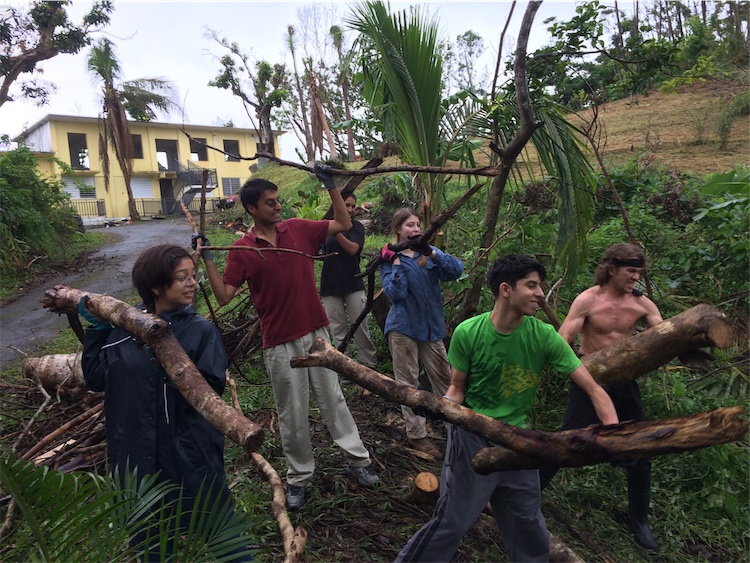 During their visit, ISKCON youth will do landscaping, gardening, and renovations on the campus buildings that will remain, continuing their service from 2017.

They’ll also visit Plenitud Eco Farm in Las Marias on the other side of the island, where Draupadi and her husband Vaishnava are doing organic farming and teaching islanders, including school children, how to grow their own food.

“In 2017, we helped them replant gardens that had been destroyed during the hurricane,” says Manorama. “So we’ll be assisting them again, and it will be an interesting experience for the youth to learn more about their organic growing techniques.”

The tour will conclude on January 4th with an evening campfire at the temple in Gurabo, during which participants will reflect on the tour, share memories, and say their goodbyes. Finally, on January 5th, they’ll fly home. 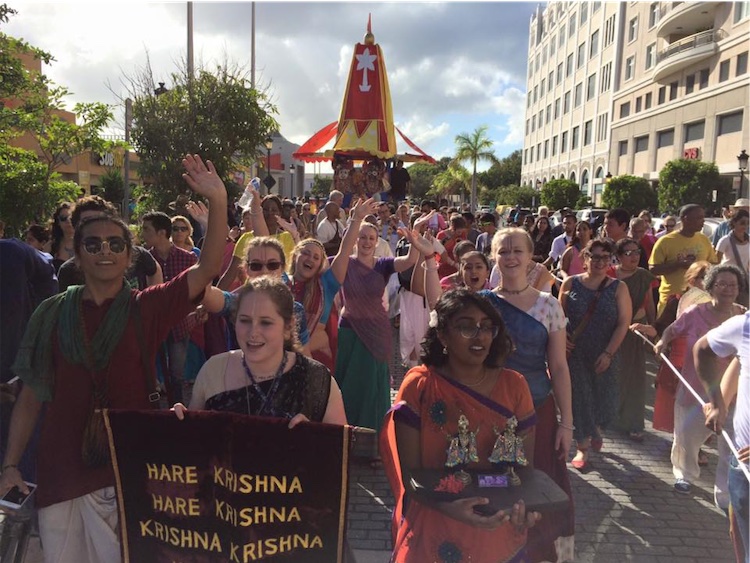 “Hopefully with some inspiration in their hearts – which is one of the reasons why we do the tour,” Manorama says. “Some of the youth live far away from temples, go to public school, and don’t have a lot of association. So it’s nice for them to spend time with other devotee youth their age during their vacation, do some Krishna conscious outreach activities, and have some fun in the Caribbean.”

Often, the results are tangible. After ISKCON Youth Ministry’s last tour, three participants signed up for the Bhakti Sastri Course in Radhadesh, so that they could more deeply study Srila Prabhupada’s books. Others began chanting more japa. Some became more confident in their identity as devotees.

“One boy on our Europe tour was deathly afraid of being seen in public on Harinamas,” Manorama recalls. “He wrote in his application form, ‘Whatever you do, please don’t take photos of me on Harinama, because I don’t want any of my friends to know.’ Halfway through the tour, however, he just fell in love with Harinamas, and didn’t care anymore. He opened a new Facebook account with his devotee name, and photos of himself carrying our tour Deities on his head, just having the time of his life.” 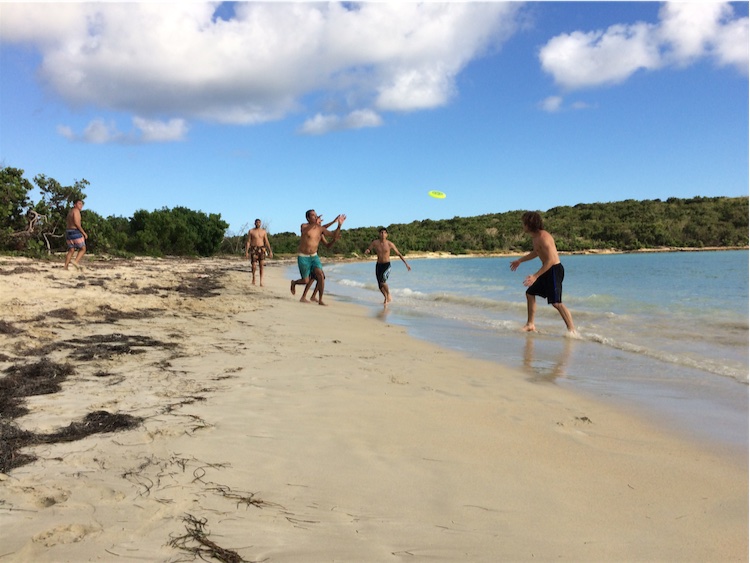 Manorama concludes: “There is a transformation of the heart that happens, and that’s what we hope for when youth come on these tours. That they fall in love again with being a devotee of Krishna.”

For more info and to fill out an application for the Caribbean tour, please visit: https://youthbustour.com/tour-dates-and-cost/