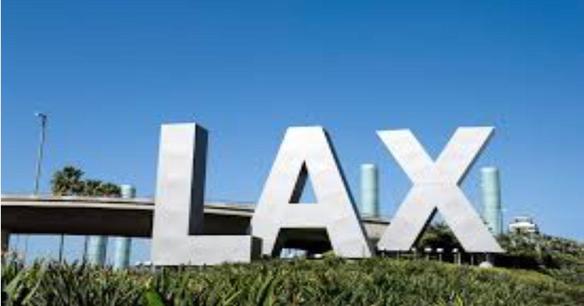 As we mature in Kṛṣṇa consciousness the Lord arranges to remove our misconceptions, false ego, and pride. Book distribution pounds the false ego.

I went out six days a week to distribute Śrīla Prabhupāda’s books at the Los Angeles airport — code name LAX. We often called it Hell-A-X because there were so many demons anxiously waiting to disrupt our saṅkīrtana activities. We were on the front lines of Lord Caitanya’s mighty army, and māyā held nothing back from us. Though it was an austere service, with many arrests by watchful guards and policemen and constant harassment by envious workers, all the book distributors were dedicated to pleasing Śrīla Prabhupāda. Anyone who received one of Śrīla Prabhupāda’s books was greatly blessed and had his or her spiritual life awakened.

Sometimes evil-minded airport workers cut up Śrīla Prabhupāda’s Bhagavad-gītās, smeared them with stool, and then sent them up the escalator where the devotees were distributing. One time airport workers all over the country banded together to harass devotees. They arranged that each worker receive a small metal clicker with a sound resembling the croaking of a frog. Whenever a devotee was showing someone a book, the workers would pass by, back and forth, and click their frogs. This behavior, which continued for months, discouraged many people from accepting books. The devotees were forced to leave the airports and find other places to distribute.

Every day was a battle as we dodged ill-motivated agents of Kali in our search for receptive souls. There are many saṅkīrtana stories demonstrating how the devotees cleverly slipped through the tightly knit web of the material energy where conditioned souls are encaged by the powerful modes of nature. We constantly found ourselves in dangerous situations, and the only way out was Kṛṣṇa’s causeless mercy. In the airport there was always an audience we knew the passengers were watching us. They were amazed to see us run from soul to soul for hours without stopping, delivering the message of Godhead. Sometimes this made people curious, and other times envious. In either case, it is always the duty of a saṅkīrtana devotee to know he or she is representing Śrīla Prabhupāda and to behave accordingly.

Distributing books in the domestic terminal, where the crowds mainly represented a cross-section of American society, was particularly tough. One man seeing the way people negatively responded to us became sympathetic. Astonished by our perseverance he approached me and said that he didn’t want a book but that we shouldn’t swallow all the negativity being thrown at us. He was concerned that the constant bombardment of hostility would make us sick. Rebellious souls in the material world will do their best to avoid Kṛṣṇa, and growl with disdain at His representatives. But the devotees took all this harassment as part of their sacrifice, and we tolerated it as part of our offering to Kṛṣṇa. Lord Caitanya sees everything and is pleased by the renunciation of His devotees. I recently passed the age of seventy, and I offer my deep gratitude to Śrīla Prabhupāda for having allowed me the opportunity to make such a sacrifice. It is one of the most precious jewels on the altar of my heart.

One day, in the international terminal, I gave a book to a gentleman from Thailand. It was a sweet exchange, and he was pleased to take a Bhagavad-gītā and give a donation. A woman who was waiting nearby for her flight had her eyes glued to me. As she watched me, envy brewed in her heart. Finally, she came up to the man who had taken the book and blurted out, “Don’t take that book. You don’t need it. This girl only wants your money.” I immediately took up her challenge and said to the man, “No. It’s not true. This is a wonderful ancient classic about the Absolute Truth, and as you read it you will be grateful that you received it.”

The man was confused. Shrinking away from the conflict, he then disappeared with the book in his hand. I told the envious woman that she should also take a book it would ultimately make her happy. She responded harshly, “I’m Jewish and I don’t need your garbage.”

But I wasn’t finished. Maybe there was still hope for this rude scoundrel. I innocently replied, “I’m also Jewish, and I read this book every day.”

Her face reddened, and as she came closer it looked like she was emitting smoke from her nostrils. With each step closer she uttered in disbelief, “You’re Jewish?! You’re Jewish?!” Finally, when there were only six inches between us, she spit in my face before fiercely walking away. I was in shock. Many things had happened to me on saṅkīrtana, but never this. Tears welled up in my eyes and I again remembered that I was there, representing Śrīla Prabhupāda.

There were plenty of people around the terminal was crowded. I slowly walked toward the gates, where passengers waited to board their flights, and sat down. I had to contain myself as I processed what had happened. As I sat there with a bruised ego a gentleman who had witnessed the events, stepped out of the line waiting to board his flight and approached me. With compassion, eager to encourage me and stop my tears he said, “Don’t listen to her. She’s envious and has her own problems.” Then this kind soul asked, “Do you have any more of those books? I would like one,” and he handed me a donation.

At that time I was distributing two books to every person, the Bhagavad-gītā and The Science of Self-Realization. Fully recovered with the soothing help of his words, I said to this knight in shining armor, “I have plenty of books. Here, take two!” He then happily boarded his plane, and I saw Kṛṣṇa’s causeless mercy. The man was qualified to receive Śrīla Prabhupāda’s books, and the envious intruder merged back into the captivity of māyā. I resumed my saṅkīrtana endeavors and contemplated what had just transpired. Things like this often happened on the battlefield. Many times I hoped the demigods in the heavenly planets, who are supporters of the saṅkīrtana movement, saw these miraculous events. I knew I could not be the only one appreciating them.