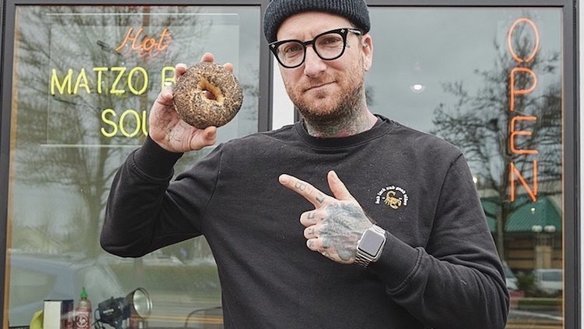 Portland's only vegan Jewish deli and bakery is open for business and is devotee run and operated. Ben and Esther's is modeled after a traditional New York-style Jewish deli but is completely plant-based. You'll find their menu filled with classic New York deli staples like lox, matzo ball soup, rugelach, knishes, and kugel.

ISKCON News recently had the opportunity to sit down with owner and restauranteur, Govardhana Das.