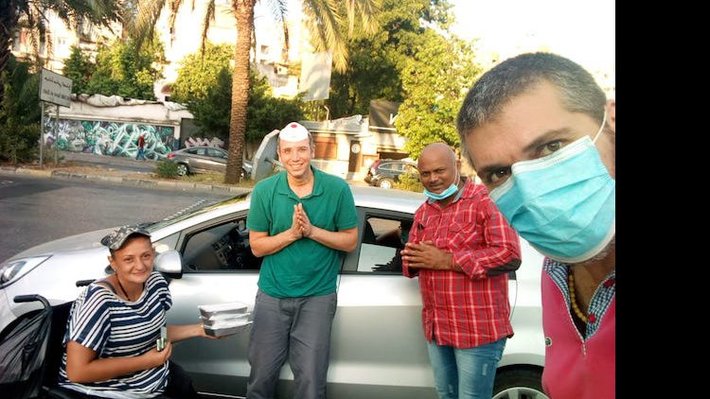 On August 4th, 2020, Prema Dhan was sitting alone in his office on a phone call, catching up with some work. Suddenly his desk started shaking and he almost fell off his chair. It felt like an earthquake. "I'll call you back," he said.

As he went outside to investigate, he saw many other people in a similar state of confusion. Within minutes, news of what had happened started to spread.

A warehouse containing ammonium nitrate had exploded in the port of Beirut, sending an epic blast ripping through the downtown area. One of the largest non-nuclear detonations in history left a wave of destruction, shattering buildings, and countless windows. There were over 7,000 people injured and more than 200 who lost their lives.

Even from his location in the mountains, over 15 km away, Prema Dhan had felt it too. Though physically unaffected he was left shaken. Within minutes of the blast, he began receiving messages of concern from friends and well-wishers around the world.

Among them, he received a voice note from a concerned devotee from Dubai. There was a large community of Lebanese people living there and they wanted to help, "Are you doing any prasadam distribution, like a ‘Food for Life’ program? We wish to help and are ready to send a donation"