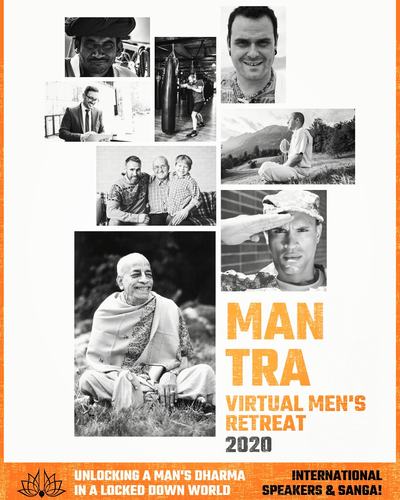 The following poem is in honour of my dear friend, Baladev, AKA Barry Brown. We traveled as monks in a small party through the United States, experiencing what most people haven’t gone through.

I know you never knelt at a church’s pew

You were Jewish, then Vaishnava, now a “Hin-jew”

As monks in travel we looked at the bible

On that same motel floor you wrestled with Giri

On behalf of Prabhupada we were in Carolina-North

Our purpose was to put publications forth

Before we had the chance, police had cuffs on our hands

Our only fault was “no permit,” those were the demands

The time in prison was a blast indeed

Requesting, “Hot milk was all that we need!”

It was just the first they had ever heard

We explained such is the case of our God, the cowherd

Once discharged we were back at the mission

Being on the road was our constitutional position

We saw Prabhupada in Atlanta—how cool

Yes, we heard from the guru as he was our jewel

You were an analyst, a thinker, became a journalist

Deep down, spiritual, not an externalist

Responses were coming; many, many “Wows!”

Humour and quest were always your forte

In truth you were a trite talkative for me

But still, a friend, so far as a friend can be