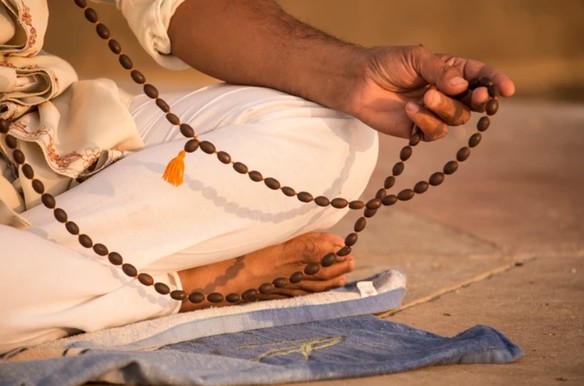 We are always being advised to chant with emotion like a child crying for its mother. But when I chant, it takes everything I got to be able to focus, so there’s like no room to also focus on emotions, kind of like you can’t walk and chew gum at the same time. So, I’m wondering if Krishna will accept my arduous efforts to focus on His names as an emotion or would He consider that just mechanical?

What Srila Prabhupada instructed the devotees who joined his movement early is something which I think could help: we were always instructed to chant before the deity of Krishna. I remember there was one Godbrother who wanted to leave the practice of chanting and the movement altogether. Prabhupada sent him before the Deity – he was supposed to sit down and chant to the Deity. If you do that, if you chant to Krishna in His deity form or if you have a photo of the deity in front of you, something will come to you. Imagine you sit before a person and you communicate with that person, after some time there will be something happening. People call it a rapport – something between the two of you will happen.

So, as you chant to Krishna, the emotions will awaken for sure, 100%. Don’t worry. And it will be effortless. They will arise as feelings of gratitude for instance, as an inner need, ‘I need you, Krishna’ and so on. But you have to learn to chant to Krishna. Free your chanting from the tyranny of numbers (“Phew, I must chant this amount of numbers.”). Because then you have ‘number chanting’. Enliven your chanting by chanting to Krishna.

I’m not saying here that those of us who’ve made vows at our initiation to complete our 16 rounds, should not complete them. You should complete them, because it’s a vrata and you have given such a vow. If you break it, something inside of you will break. However, you should not chant to complete numbers, that’s what I’m saying. Chant in a relationship with Krishna. If you are already chanting before a picture or the deity of Krishna and you still have difficulties to enter into a relationship with Krishna, then you can offer an obeisance before you start or do something else which gets your ‘relationship thing’ going. You may also try Bhaktisiddhanta Sarasvati Thakura’s advice to bring the chanting, the sound vibration, into your heart, where you are and where you’re dedicated to Krishna. It will work. When the mind is focused on Krishna, the emotions will come. It is as sure as the feeling of nourishment when you eat.