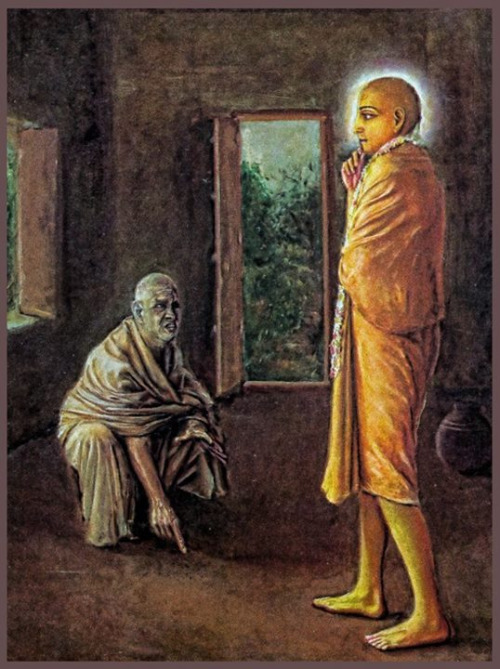 While studying about Madhavendra Puri I came across these gems.
Bhaktisiddhanta Saraswati Thakur says that there are 5 primary counter examples we should learn from Ramachandra Puri:
(1)Faultfinding, especially finding fault in Vishnu and the Vaishnavas, is extremely detrimental to one’s spiritual advancement. A devotional practitioner should look at his own faults rather than at others’. By correcting his own faults, he will be able to make some advancement.

(3)To show disrespect to one’s spiritual master and to other Vaishnavas has a pernicious (injurious, harmful and wicked) effect on one’s spiritual life. One should remember that the Lord cannot tolerate the transgression of the rules of etiquette toward a vaisnava.

(4)Those who want to increase in devotion should associate with and serve other devotees who are affectionate and who have similar spiritual goals. The tendency to serve Vishnu and the Vaishnavas is increased by associating with those who possess this tendency in greater quantities than one’s self.

(5)Because of his relation to the guru, the guru’s godbrother is as worshipable as the guru himself. One must always show him the proper respect. Even if one thinks that his instructions are not correct, one should still maintain the outer decorum and not use direct critical speech with him.