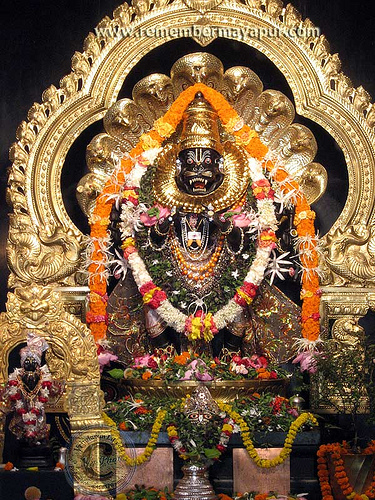 I offer my obeisances to Lord Narasimha who gives joy to Prahlada Maharaja and whose nails are like chisels
on the stonelike chest of the demon Hiranyakasipu.

O Kesava! O Lord of the universe! O Lord Hari, who have assumed the form of half-man, half-lion! All glories
to You! Just as one can easily crush a wasp between one’s fingernails, so in the same way the body of the
wasplike demon Hiranyakasipu has been ripped apart by the wonderful pointed nails on Your beautiful
lotus hands.