Mokshada Ekadasi is a very special Ekadasi in two regards; the all auspicious day on which Lord Sri Krishna spoke the Srimad Bhagavad Gita to Arjuna on the battlefield of Kurukshetra, at the place now known as Jyotisha tirtha.
Anyone who gifts a Bhagavad Gita away to a deserving person on this day is bestowed profuse blessings by the Sri Krishna Bhagavan.

The Ancient History of Mokshada Ekadasi from Brahmanda Purana:

Yudhishthira Maharaj said, "O Vishnu, master of all, O delight of the three worlds, O Lord of the entire Universe, O creator of the 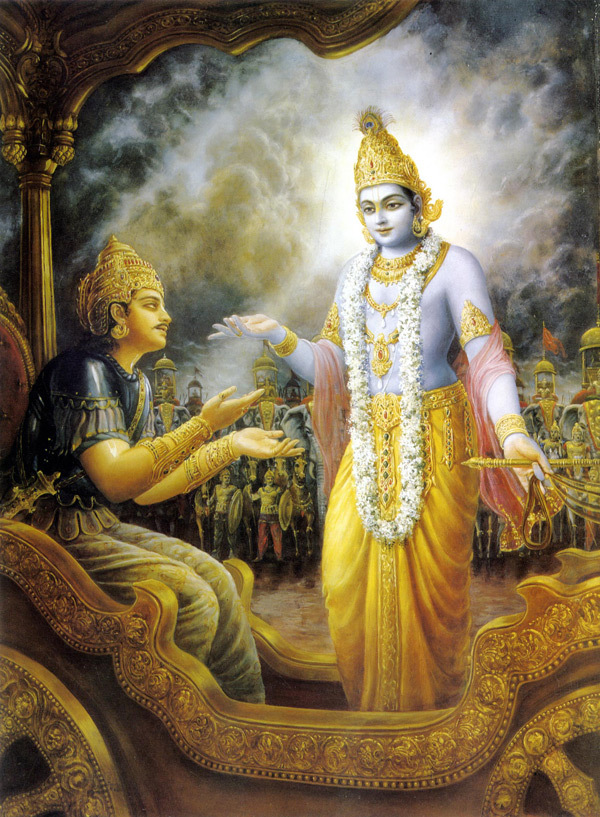 world, O oldest personality, O best of all beings, I offer my most respectful obeisances unto You.
"O Lord of lords, for the benefit of all living entities, kindly answer some questions that I have. What is the name of the Ekadasi that occurs during the light fortnight of the month of Margashirsha (November-December) and removes all sins?
How does one observe it properly, and which Deity is worshipped on that holiest of days?
O my Lord please explain this to me in full."

Lord Sri Krishna replied, "O dear Yudhishthira, your enquiry is very auspicious in itself and will bring you fame.
Just as I previously explained to you about the dearest Utpannaa Maha-Dwadasi - which occurs during the dark part of the month of Margashirsha, which is the day when Ekadasi-devi appeared from My body to kill the demon Mura, and which benefits everything animate and inanimate in the three worlds - so I shall now relate to you regarding this Ekadasi that occurs during the light part of the month of Margashirsha.
This Ekadasi is famous as Mokshadaa because it purifies the faithful devotee of all sinful reactions and bestows liberation upon him.
The worshipable Deity of this all auspicious day is Lord Damodara.
With full attention one should worship Him with incense, a ghee lamp, fragrant flowers, and Tulsi manjaris (buds).

"O best of saintly kings, please listen as I narrate to you the ancient and auspicious history of this wonderful Ekadasi.
Simply by hearing this history one can attain the merit earned by performing a horse sacrifice.
By the influence of this merit, one's forefathers, mothers, sons, and other relatives who have gone to hell can turn around and go to the heavenly kingdom.
For this reason alone, O king, you should listen with rapt attention to this narration.

"There once was a beautiful city named Champaka-nagar, which was decorated with devoted Vaishnavas.
There the best of saintly kings Maharaj Vaikhaanasa, ruled over his subjects as if they were his very own dear sons and daughters.
The brahmins in that capital city were all expert in four kinds of Vedik knowledge.
The king, while ruling properly, had a dream one night in which his father was seen to be suffering the pangs of hellish torture in one of the hellish planets ruled over by the Yamaraj.
The king was overwhelmed with compassion for his father and shed tears.
The next morning, Maharaj Vaikhaanasa described what he had seen in his dream to his council of twice born learned brahmins.

" ' O brahmanas,' the king addressed them, 'in a dream last night I saw my father suffering on a hellish planet.
He was crying out in anguish, "O son, please deliver me from this torment of this hellish condition !"
Now I have no peace in my mind, and even this beautiful kingdom has become unbearable to me.
Not even my horses, elephants, and chariots and my vast wealth in my treasury that formerly brought so much pleasure, gives me no pleasure at all.
" 'Everything, O best of the brahmins, even my own wife and sons, have become a source of unhappiness since I beheld my father suffering the tortures of that hellish condition so.
Where can I go, and what can I do, O brahmins, to alleviate this misery?
My body is burning with fear and sorrow ! Please tell me what kind of charity, what mode of fasting, what austerity, or what deep meditation, and in service upon which Deity I may have to perform to deliver my father from that agony and bestow upon liberation upon my forefathers.
O best among the brahmins, what is the use of one's being a powerful son if one's father must suffer on a hellish planet?
Truly, such a son's life is utterly useless, to him and to his forefathers.

" The twice born brahmins replied, 'O king, in the mountainous forest not far from here is the ashram where a great saint Parvata Muni resides.
Please go to him, for he is tri-kala-jnani (he knows the past, the present, and the future of everything) and can surely help you in your gaining relief from your misery.'

"Upon hearing this advise, the distressed king immediately set out on a journey to the ashram of the famous sage Parvata Muni.
The ashram was indeed very big and housed many learned sages expert in chanting the sacred hymns of the four Vedas (Rg, Yajur, Sama, and Arthava).
Approaching the holy ashram, the king beheld Parvata Muni seated among the assembly of sages adorned with hundreds of tilaks (from all the authorised sampradayas) like another Brahmaa or Vyaas.
"Maharaj Vaikhaanasa offered his humble obeisances to the muni, bowing his head and then prostrating his entire body before him.
After the king had seated himself among the assembly Parvata Muni asked him about the welfare of the seven limbs of his extensive kingdom (his ministers, his treasury, his military forces, his allies, the brahmins, the sacrificial offerings performed, and the needs of his subjects).
The muni also asked him if his kingdom was free of troubles and whether everyone was peaceful, happy and satisfied.
To these enquiries the king replied, 'By your mercy O glorious and great sage, all seven limbs of my kingdom are doing very well.
Yet there is a problem that has recently arisen, and to solve it I have come to you, O brahmana for your expert help and guidance'.

"Then Parvata Muni, the best of all sages, closed his eyes and meditated on the king's past, present and future.
After a few moments he opened his eyes and said, 'Your father is suffering the results of committing a great sin, and I have discovered what it is.
In his previous life he quarrelled with his wife and forcibly enjoyed her sexually during her menstrual period.
She tried to protest and resist his advances and even yelled out, "Someone please save me! Please, O husband, do not interrupt my monthly period in this way!"
Still he did not stop or leave her alone. It is on account of this grievous sin that your father now has fallen into such a hellish condition of suffering.'

"King Vaikhaanasa then said, 'O greatest among sages, by what process of fasting or charity may I liberate my dear father from such a condition?
Please tell me how I can relieve and remove the burden of his sinful reactions, which are a great obstacle to his progress toward ultimate release (salvation - liberation - going back home).'
"Parvata Muni replied, 'During the light fortnight of the month of Margashirsha there occurs an Ekadasi called Mokshadaa.
If you observe this sacred Ekadasi strictly, with a full fast, and give directly to your suffering father the merit you thus attain/obtain, he will be freed from his pain and instantly liberated'.

"Hearing this, Maharaj Vaikhaanasa profusely thanked the great sage and then returned to his palace to perform his vrata (austere rite).
O Yudhishthira, when the light part of the month of Margashirsha at last arrived, Maharaj Vaikhaanasa faithfully waited for the Ekadasi tithi to arrive.
He then perfectly and with full faith observed the Ekadasi fast with his wife, children, and other relatives.
He dutifully gave the merit from this fast to his father, and as he made the offering, beautiful flower petals showered down from the devas who peered out from behind the clouds in the sky.
The king's father was then praised by the messengers of the demigods (devas) and escorted to the celestial region.
As he passed his son, as he traversed the lower to middle to higher planets, the father said to the king, 'My dear son, all auspiciousness unto you!'
At last he reached the heavenly realm from where he can again with his newly acquired merit perform devotional service to Krishna or Vishnu and in due course return back to home back to Godhead.

"O son of Pandu, who so ever strictly observes the sacred Mokshadaa Ekadasi, following the established rules and regulations, achieves full and perfect liberation after death.
There is no better fasting day than this Ekadasi of the light fortnight of the month of Margashirsha, O Yudhishthira, for it is a crystal-clear and sinless day.
Whoever faithfully observes this Ekadasi fast, which is like chinta-mani (a gem that yields all desires), obtains special merit that is very hard to calculate, for this day can elevate one from hellish life to the heavenly planets, and for one who observes Ekadasi for his own spiritual benefit, this elevates one to go back to Godhead, never to return to this material world."

Thus end the narration of the glories of Margashirsha-shukla Ekadasi or Mokshada Ekadasi, from the Brahmanda Purana.