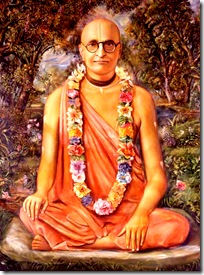 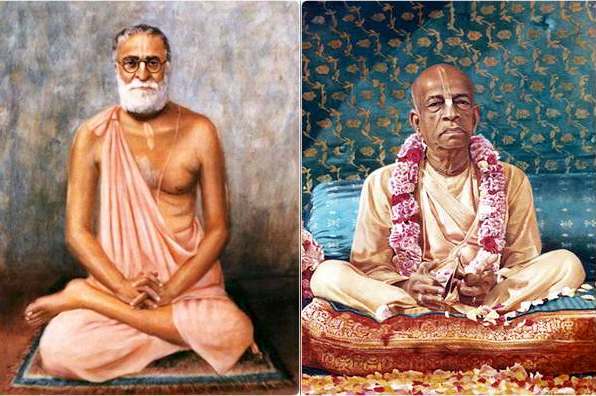 His Divine Grace A.C. Bhaktivedanta Swami Prabhupada commented on Siddhanta Sarasvati’s strong preaching against the caste gosvamis and smartas:
“My Guru Maharaja’s contribution is that he defeated the caste gosvamis. He defeated this brahmanism. He did it the same way as Caitanya Mahaprabhu did. As Caitanya Mahaprabhu said, kiba vipra, kiba nyasi, sudra kene naya, yei krsna tattva-vetta, sei ‘guru’ haya: ‘There is no consideration whether one is a sannyasi, a brahmana, a sudra, or a grhastha. No. Anyone who knows the science of Krsna, he is all right, he is gosvami and he is brahmana.’
“This was my Guru Maharaja’s contribution. And for this reason, he had to face so many vehement protests from these brahmanas of the caste gosvamis.
“Once they conspired to kill him-my Guru Maharaja told me personally. By his grace, when we used to meet alone he used to talk about so many things. He was so kind that he used to talk with me, and he personally told me that these people, ‘They wanted to kill me.’
“They collected twenty-five thousand rupees and went to bribe the police officer in charge of the area, saying, ‘You take these twenty-five thousand rupees. We shall do something against Bhaktisiddhanta Sarasvati, and you don’t take any steps.’ He could understand that they wanted to kill him. So the police officer frankly came to Bhaktisiddhanta Sarasvati: ‘Of course, we accept bribes, and we indulge in such things, but not for a sadhu, not for a saintly person. I cannot dare.’ So, the police officer refused and said to my Guru Maharaja, ‘You take care. This is the position.’ This was because he so vehemently protested.
“When my Guru Maharaja was present, even big, big scholars were afraid to talk with even his beginning students. My Guru Maharaja was called ‘living encyclopedia’. He could talk with anyone on any subject, he was so learned. And no compromise. So-called saints, avataras, yogis-everyone who was false was an enemy to my Guru Maharaja. He never compromised. Some Godbrothers complained that this preaching was a ‘chopping technique’ and it would not be successful. But those who criticized him fell down.”