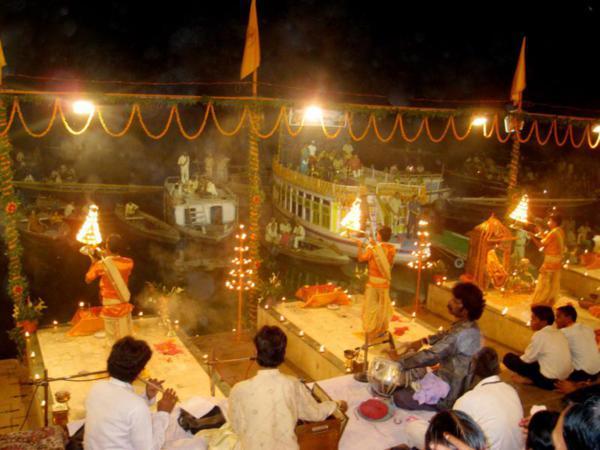 On this day the Ganga is worshipped and many people make offerings to the forefathers, and bathe in the Ganga. On this day, if possible, one should worship the Ganges and bathe in her waters.

As Nityananda spoke, they went to Jannagara where they saw the enchanting hermitage of Jahnu Muni. Nityananda Prahhu explained, "This enchanting place named Jahnudvipa is known as Bhadravana. At this place, Jahnu Muni underwent penances and received darsana of the golden form of Gauranga. 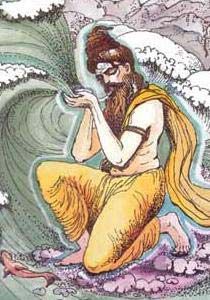 "Jahnu Muni was sitting here chanting his gayatri mantra, when his acamana cup fell into the Bhagirathi (Ganges) and was swept away by the currents. He opened his mouth and drank all the water in one gulp. King Bhagiratha thought, 'Where has the Ganges gone?' He concluded that Jahnu Muni had drunk theGanges. The king was overwhelmed with anxiety and worshipped the muni for several days. The muni then released the Ganges from his body. Because of this incident the Ganges is known as Jahnavi, the daughter of Jahnu, throughout the world."