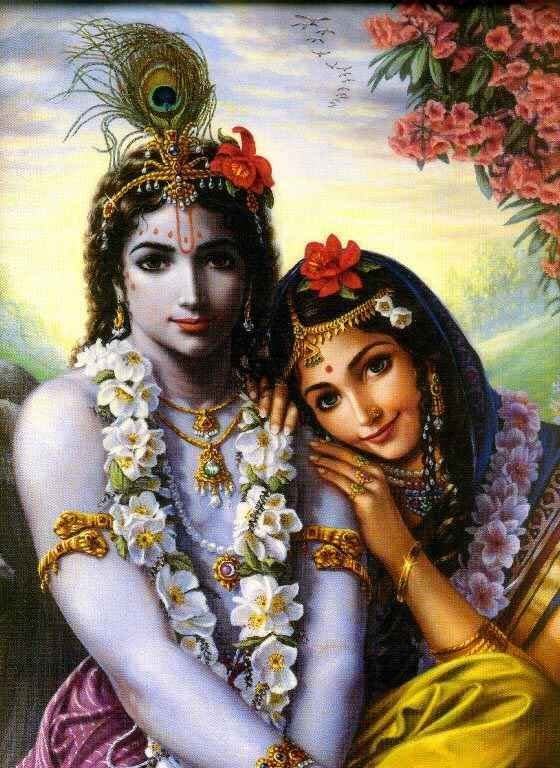 (1) 0 Lord Hari, I have spent my life uselessly. Having obtained a human birth and having not worshiped
Radha and Krishna, I have knowingly drunk poison.

(2) The treasure of divine love in Goloka Vrindavana has descended as the congregational chanting of Lord
Hari’s holy names. Why did my attraction for that chanting never come about? Day and night my heart burns
from the fire of the poison of worldliness, and I have not taken the means to relieve it.

(3) Lord Krishna, who is the son of the King of Vraja, became the son of Saci (Lord Caitanya), and Balarama
became Nitai. The holy name delivered all those souls who were lowly and wretched. The two sinners Jagai
and Madhai are evidence of this.

(4) 0 Lord Krishna, son of Nanda, accompanied by the daughter of Vrishabhanu, please be merciful to me
now. Narottama dasa says, "O Lord, please do not push me away from Your reddish lotus feet, for who is
my beloved except for You?"