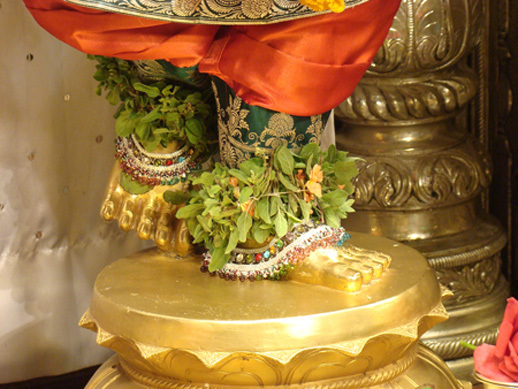 (1) Anyone who has accepted the two lotus feet of Lord Caitanya as their only asset knows the true essence
of devotional service. If anyone gives submissive aural reception to the pleasing and sweet pastimes of
Lord Caitanya, then immediately his heart becomes cleansed of all material contamination.

(2) Anyone who simply chants the name of Sri Krishna Caitanya will immediately develop love of Godhead. I
offer him all congratulations by saying, 'Bravo!' If anyone feels ecstasy and cries by simply hearing
the transcendental qualities of Caitanya Mahaprabhu, he at once understands the eternal loving affairs
between Radha and Krishna.

(3) Anyone who has understood that the associates of Lord Caitanya are eternally liberated souls
immediately becomes eligible to enter into the abode of Krishna, the son of Nanda Maharaja in Vrindavana, in
his next birth. If anyone understands that there is no difference between Gau;da-man;dala, the place in
West Bengal wherein Lord Caitanya had His pastimes, and the transcendental abode of Sri Vrindavana-dhama,
then he actually lives in Vrindavana
.

(4) Anyone who takes pleasure sporting within the waves of the ocean of Lord Caitanya's distribution of love
of God immediately becomes a confidential devotee of Sri Sri Radha-Madhava. It doesn't matter whether such
a devotee is in the renounced order of life or whether he is a householder. If he is actually taking part in
Lord Caitanya's sankirtana activities and actually understanding what it is, then such a person is always
liberated. Narottama dasa aspires for his association. 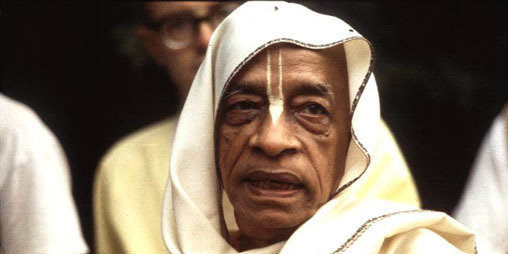