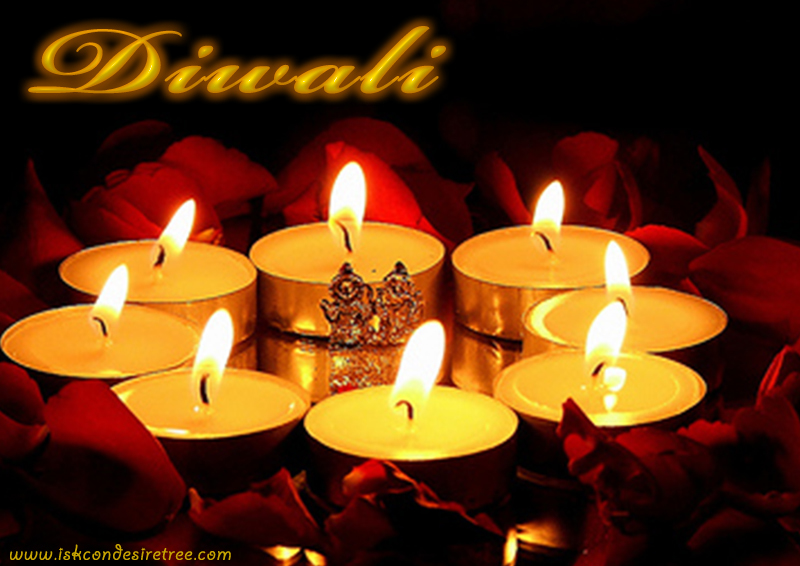 The story goes that Hanuman was sent by Rama to Ayodhya the day before Rama's arrival as prearranged with Bharat to let the residents of Ayodhya know how Sita and Rama and all Their retinue were returning.

This was five days before Diwali, and after the Vijaya dasami (victory of Rama ) celebration. 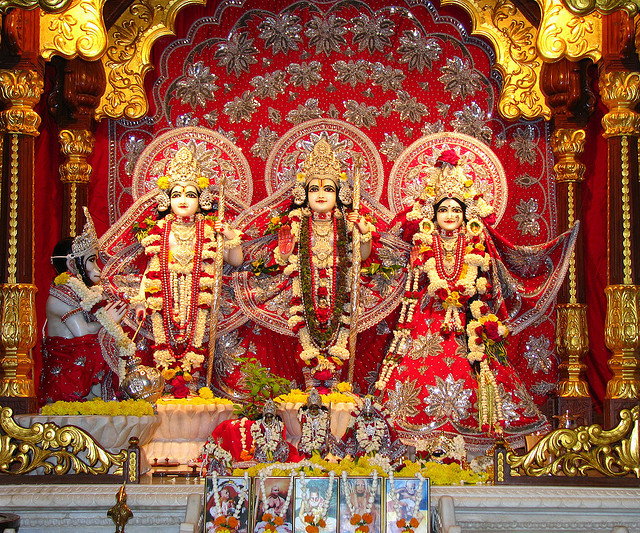 THE STORY BEHIND "DIWALI"
King Dashrath ruled the rich and prosperous city of Ayodhya. He had three wives and Kaikayi was his favourite. She saved his life in a war at a very crucial time. Dashrath granted her two favours for saving his life.

Dashrath had four sons. Rama, the oldest, was everybody's favourite. He was married to the beautiful and devoted Sita. Just before Ram's coromation, Kaikayi reminded Dashrath of her two favors. She told him to crown Bharat as king and to banish Ram to the jungle for fourteen years. Her wishes were granted.

The old king Dashrath later died of a broken heart. After a few years in the forest, Sita was lured by the demon king Ravana. Rama, with the help of a monkey general, Hanuman, rescued Sita and defeated Ravana. After fourteen years in exile Ram and Sita and returned to Ayodhya.

It is in Their honor that "Diwali" is celebrated. "Diwali" signifies the victory of good over evil.

Today in India for Diwali all the shops are decorated brightly. Many people make "rangoli" in their house or outside. They are filled to capacity in this festive season. Everybody buys new things and decorates their homes. People visit their friends and relatives and give them sweets. On Diwali friends come over for the whole day and relatives come and go. Everyone has a wonderful time celebrating the return of Sita and Rama. Thus Diwali has become a day when all the sad things of the past are forgotten and happy times are remembered. 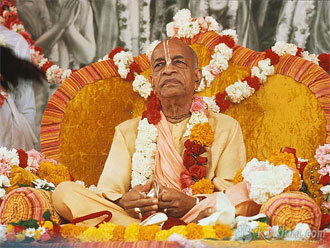 Diwali ceremony can be observed in the temple by illuminating 100's of candles, indifferent parts of the temple, and offering a special Prasad to the Deity. This ceremony was observed by the inhabitants of Ayodhya, the Kingdom of Lord Ramachandra, while Lord Ramachandra was out of His Kingdom due to His 14 years banishment by the order of His father. His younger step-brother Bharat, took charge f the Kingdom and the day on which Lord Ramachandra took back the charge again from His brother, and seated on the throne, this is observed as Diwali, and Deepabali. Deepabali means the same thing - Deepa means candles, and bali means numerous. When numerous candles are lighted it is called Deepabali. In India, this Deepavali function is celebrated in a special auspicious occassion. This Deepabali function can be observed on 21st October, and Prasad can be distributed on 22nd October, during daytime, which is known as Govardhan Puja and Annakuta Ceremony. In India, in all Vaishnava temples, this ceremony is observed and 100's of people are given prasadam according to the capacity of the temple. So I understand that last year the Deepabali ceremony was held in the temple, and there was collection of $130.00. So you can do the needful.
Hope you are all well.
Your Ever Well Wisher.
A.C.Bhaktivedanta Swami.