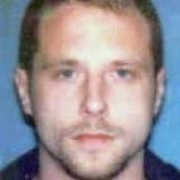 1984 Boston temple friends with some aspiring devotees, went on sankirtan and book distribution and morning program and Sunday Feast... I had found my true spirtual home but it was complicated with family and other issues. I went on to another spiritual tradition for some time. I came to realize that there was/ is no one like Srila Prabhupada that ever visited these shores and brought such a precious gift. What a fool I had been to leave tha association with devotees.Though I often lived where ther were no temples near by. I went back to saying maha-mantra offering my food and reading and reading. Spent some time at the Philadelphia temple had a nice interview/talk with Ravindra Svarupa Das. My tale is a bit complicated. I am returning after a long illness with health and steadfastness and many prayers to my Master Srila Prabhupada for help and assistance, He has never let me down.

I live in Phoenix. The closest temple is here in Chandler. I have recently moved here and plan on attending the morning program this Sunday and on weekdays as schedule allows as I don't live very close to the temple. I have met a very kind devotee husband and wife by phone and they suggested this website and will meet me at the temple as they go every morning. I am overjoyed at being able to attend temple programs again and having the association of devotees. Hare Krsna! My humble obeisances All glory to Srila Prabhupada!

I am 49 yrs old. I live simply. I was a sous chef for many years and also a bookstore manager and book buyer for several as well. I am a caretaker for a mobile home park right now. I like to read spiritual material, chant, sing along with kirtana (i love kirtana), cook and to serve. Also being outside in nature away from cities. I don't like to spend alot of time on the computer.

To be helpful in spirtual matters in becoming a good vaishnava and disciple. To be understanding of personal struggles and to acknowledge sincerity and devotion.