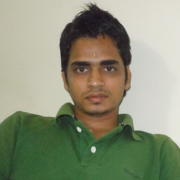 I was started playing mrudang from childhood,and was a devotee of harekrishna,day to day the insparition going to more closer and closer.

I am a persion very cool and like to stay simple,kind nature,never angry on anybody,helping nature and want to stay happilly whatever god giving to me

nothing ,only want to join with mahamantra

leave everying on god do your work hard and hard,dont hope u should get something,everything will be good.be happy what u r getting.