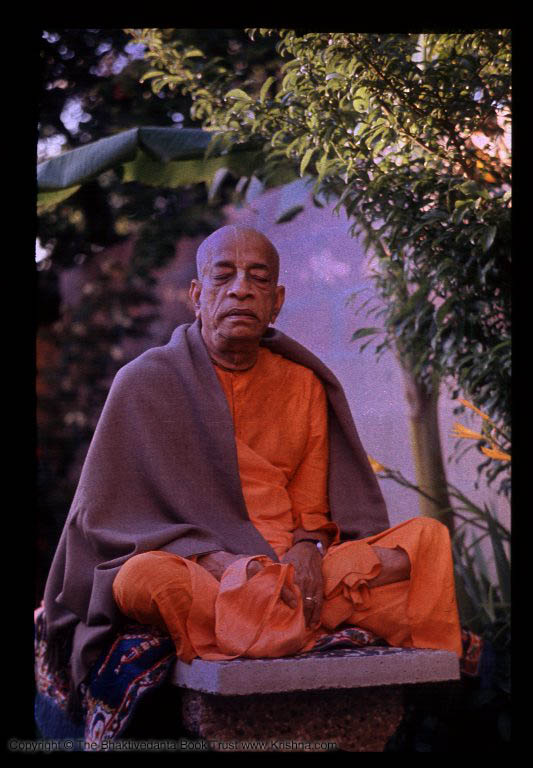 The unauthorized dry speculators are offenders at the lotus feet of the Lord Śrī Kṛṣṇa because they distort the purports of Bhagavad-gītā and Śrīmad-Bhāgavatam to mislead the public and prepare a direct path to the hell known as Andha-tāmisra. As confirmed in Bhagavad-gītā (16.20) such envious speculators are without knowledge and are surely condemned life after life.
(Srimad Bhagavatam----3:4:20----purport).

Andha-tāmisra involves considering death to be the ultimate end. The atheists generally think that the body is the self and that everything is therefore ended with the end of the body. Thus they want to enjoy material life as far as possible during the existence of the body. Their theory is: "As long as you live, you should live prosperously. Never mind whether you commit all kinds of so-called sins. You must eat sumptuously. Beg, borrow and steal, and if you think that by stealing and borrowing you are being entangled in sinful activities for which you will have to pay, then just forget that misconception because after death everything is finished. No one is responsible for anything he does during his life." This atheistic conception of life is killing human civilization, for it is without knowledge of the continuation of eternal life.
(Srimad Bhagavatam----3:20:18----purport).

This andha-tāmisra ignorance is due to tamas. The condition of not knowing anything about the spirit soul is called tamas. This material world is also generally called tamas because ninety-nine percent of its living entities are ignorant of their identity as soul. Almost everyone is thinking that he is this body; he has no information of the spirit soul. Guided by this misconception, one always thinks, "This is my body, and anything in relationship with this body is mine." For such misguided living entities, sex life is the background of material existence. Actually, the conditioned souls, in ignorance in this material world, are simply guided by sex life, and as soon as they get the opportunity for sex life, they become attached to so-called home, motherland, children, wealth and opulence. As these attachments increase, moha, or the illusion of the bodily concept of life, also increases. Thus the idea that "I am this body, and everything belonging to this body is mine" also increases, and as the whole world is put into moha, sectarian societies, families and nationalities are created, and they fight with one another. Mahā-moha means to be mad after material enjoyment. Especially in this age of Kali, everyone is overwhelmed by the madness to accumulate paraphernalia for material enjoyment.
(Srimad Bhagavatam----3:20:18----purport).

It has been explained that the conditioned soul is put into the Andha-tāmisra and Tāmisra hellish conditions, and after suffering there he gets a hellish body like the dog's or hog's. After several such births, he again comes into the form of a human being. How the human being is born is also described by Kapiladeva. The human being develops in the mother's abdomen and suffers there and comes out again. After all these sufferings, if he gets another chance in a human body and wastes his valuable time in the association of persons who are concerned with sexual life and palatable dishes, then naturally he again glides down to the same Andha-tāmisra and Tāmisra hells.
(Srimad Bhagavatam----3:31:32----purport).

The destination of a person who slyly cheats another man and enjoys his wife and children is the hell known as Andhatāmisra. There his condition is exactly like that of a tree being chopped at its roots. Even before reaching Andhatāmisra, the sinful living being is subjected to various extreme miseries. These afflictions are so severe that he loses his intelligence and sight. It is for this reason that learned sages call this hell Andhatāmisra.
(Srimad Bhagavatam----5:26:9----translation).

A man who earns his livelihood by bearing false witness is put into the hell known as Avīci.
(Srimad Bhagavatam-----5:26--summary).

A person addicted to drinking wine is put into the hell named Ayaḥpāna.
(Srimad Bhagavatam-----5:26--summary).

Any brāhmaṇa or brāhmaṇa's wife who drinks liquor is taken by the agents of Yamarāja to the hell known as Ayaḥpāna. This hell also awaits any kṣatriya, vaiśya, or person under a vow who in illusion drinks soma-rasa. In Ayaḥpāna the agents of Yamarāja stand on their chests and pour hot melted iron into their mouths.
(Srimad Bhagavatam-----5:26:29----translation).

A foolish person absorbed in the bodily concept of life, who on the basis of this principle maintains himself or his wife and children by committing violence against other living entities, is put into the hell known as Raurava.
(Srimad Bhagavatam----5:26--summary).

A person who accepts his body as his self works very hard day and night for money to maintain his own body and the bodies of his wife and children. While working to maintain himself and his family, he may commit violence against other living entities. Such a person is forced to give up his body and his family at the time of death, when he suffers the reaction for his envy of other creatures by being thrown into the hell called Raurava.
(Srimad Bhagavatam-----5:26:10----purport).

In this life, an envious person commits violent acts against many living entities. Therefore after his death, when he is taken to hell by Yamarāja, those living entities who were hurt by him appear as animals called rurus to inflict very severe pain upon him. Learned scholars call this hell Raurava. Not generally seen in this world, the ruru is more envious than a snake.
(Srimad Bhagavatam-----5:26:11----purport).