Hare Krishna Dear Devotees it is a most Important work that Protection of Krishna,s most dear cow.

2] Right articels about gomata in English

3] use cow products in your daily life

First Previous of 9 Next
This reply was deleted.
E-mail me when people leave their comments –
Follow 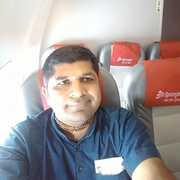 Why are cows considered sacred in Hinduism?

Hare Krishna Dear Devotees why cows is sacred please explain. Explain glory of dear gomata. We will be post your blog in our website.www.gomataseva.org http://youtu.be/Hab_QAhZp3whttp://youtu.be/ZxRHuxDHGfohttp://youtu.be/vxvXvx6Cl7Y

Prapatti means saranagathi that one render his heart and soul to god sri krishna.. how much it has importance?? here some answers are given to this questions ....When we carry out our prescribed nitya (such as sandhyavandana) and naimittika (such as pitru tarpana) activities and also optional kamya activities (homas, vratas, etc.) with or without benefit intended for ourselves and definitely without any harm intended for anyone else, then we can be considered as practising Karma yoga. When this…

Meeting on Protection and Feeding of Cattle, Goats and Sheep.

Dear All,I am planning to start a NGO/Trust to protect and feed cows, cattle , goats and sheep.The Meeting on Protection of Cattle, Goats and Sheep is scheduled to be held on 8th November 2009 in Chennai.Interested people can join me and attend the Meeting.For further information contact me through e-mail.My e-mail: bcvk71@yahoo.comYours faithfully,B.C.VENKATAKRISHNANwebsite: www.vedascience.com