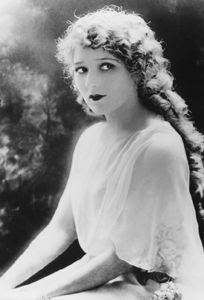 There we went swiftly on our feet – Dhruva from Calgary, Satya from Montreal and I – down University Ave in the hospital district. Many of these establishments are renowned for their research on cancer, heart disease and children’s diseases. “Oh, and look, there’s Mount Sinai Hospital next to us,” I pointed out, “where two months ago I had my knee surgery.”

Our purpose for walking here was not necessarily to show the boys a haven for sightseeing. That the area is not. Rather, one of us, Satya, is involved in a feature film on the iconic silent-film star, Mary Pickford, and I thought to bring them to a monumental bust of the grand lady on University Avenue, right in front of Sick Kids Hospital. She apparently was born in a house at that spot. Funny thing is that she was highly admired as “America’s Sweet Heart” during the silent-picture era, but in fact her body was Canadian.

From a total perspective of a monk like me, I would just say that she was an entertainer and, as a service to humanity offered, joy to many. She is also documented to have an affinity towards spirituality in the form of a book, “Why Not Try God?”

There was a time when God was important in people’s lives, in fact it was very prevalent in Protestant-dominated Toronto and that was true in 1892, when she was born.

Thanks, Mary, for sharing faith and wisdom.