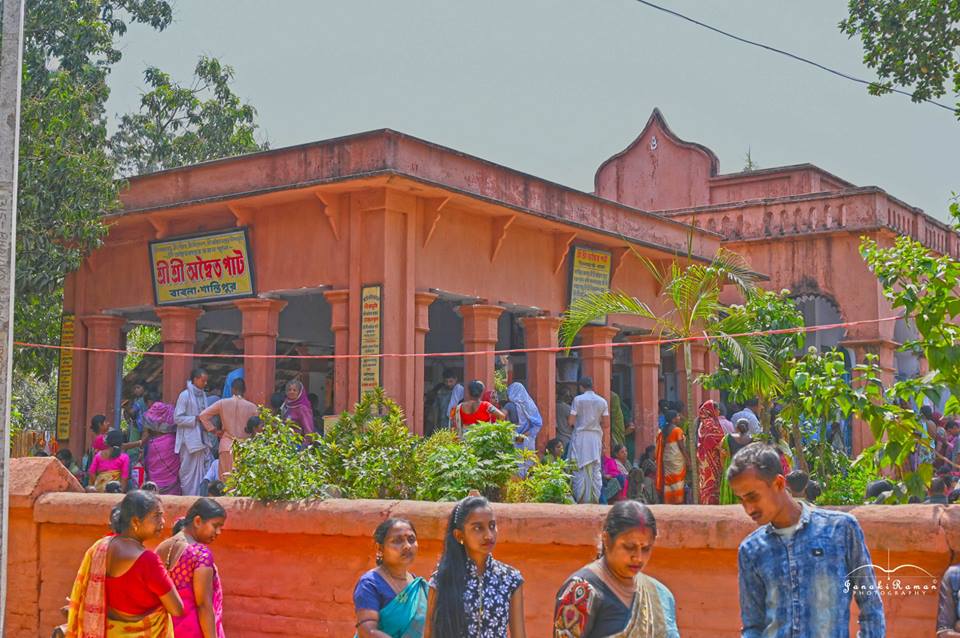 The Shantipur festival was first celebrated in the 15th century by the great saint Sri Advaita Acharya. The festival took place at his home in Shantipur on the occasion of the disappearance day of his spiritual master, Madhavendra Puri. On that day he fed all the devotees who came to his home prasadam, or sanctified food offered to the Lord.

Lord Caitanya attended the celebration and ate along with all the devotees. He stated that whoever comes to Shantipur and honors prasadam on this day will be blessed with love for Lord Krishna.

To this day, the same festival is celebrated every year in Shantipur. Devotees from the ISKCON Sri Mayapur Candrodaya Mandir travel to the nearby town of Shantipur to participate in the festival. There, they cook and serve kitchari, a preparation made from rice, dhal beans, and vegetables, to tens of thousands of people.

This celebration has been a regular part of ISKCON Mayapur’s annual Gaura-purnima festivities for many years now. Some years ago, Jayapataka Swami first went to Shantipur and started ISKCON’s participation in the festival. Today, ISKCON feeds approximately 40,000 people at the festival every year.

This year, on the 18th of March almost 40,000 local people from the surrounding districts came to Shantipur to participate in this festival at the home of Advaita Acharya. Throughout the day, 32 buses traveled back and forth from ISKCON Mayapur to Shantipur, transporting devotees to the festival site. ISKCON Mayapur also extended its security personnel to help the local police in safely facilitating the crowds of people, and its medical support team to be on hand to provide care if needed.

Cooking began at around 4 AM and serving went on until 6:30 PM. Seven large pots, capable of holding approximately 1,000 liters each, were used to cook the kitchari. Forty devotees worked as dedicated cooks and approximately 500 devotees served prasadam to the local people.

The following figures give an idea of the vastness of the operation: the festival cooks used approximately 1,300 kilos of potatoes, 1,000 kilos of tomatoes, 800 kilos of cauliflower, 3,500 kilos of rice, and 1,800 kilos of dhal beans, among other ingredients, to prepare the food that was served.

A member of the legislative assembly of the government of West Bengal came to greet the ISKCON leaders who attended the event. He thanked them for ISKCON’s service and extended the government’s support.

Jayapataka Swami thanked all of those who came to participate in the festival. “We are helping Advaita Goswami to celebrate this festival,” he said. “You are all rendering a very confidential service to Lord Caitanya and Advaita.”